COLONIE – There were 22 felonies mentioned in the court documents that accuse long time fifth grade teacher Patrick Morgan of disturbing and perverted crimes against his co-workers.

"Luckily there was an observant employee who saw what they thought was a weird looking phone charger, checked it out, and brought it to the administration," said Lieutenant Dan Belles, of Colonie Police.

After police took over the investigation last week, they determined a hidden camera may have been placed inside a faculty bathroom at Sand Creek Middle School back in April 2021.

Needless to say, the police report stated, "There is a rebuttable presumption the camera was installed for no legitimate purpose."

On Tuesday, for the second straight day, students were given the day off. That allowed the district to bring in experts to educate teachers and staff on how to handle the difficult questions when students return on Wednesday. 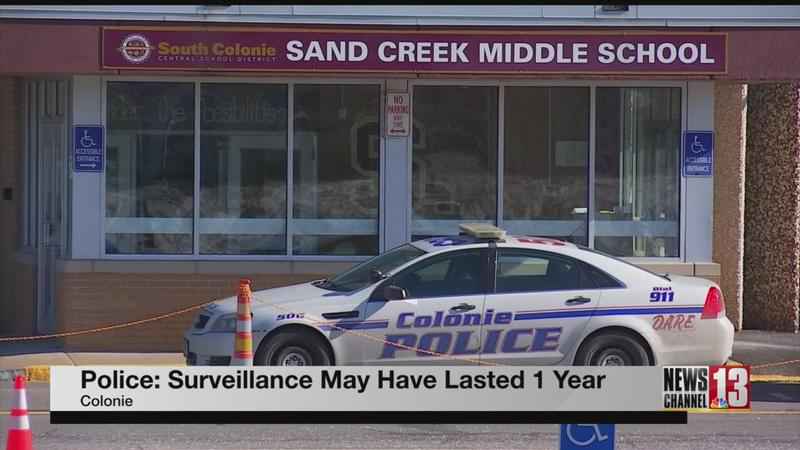 Among the 22 anonymous victims listed in the court documents, there was a 28-year-old female whose image was captured "in various states of undress" part of which was "showing intimate parts."

In addition, based on "oral admission," "the defendant recorded the incidents for his own sexual gratification."

That narrative puts Jamie McGraw, the mother of a fifth grade student in Mr. Morgan’s class, in a difficult position trying to explain things to her 10-year-old son.

"Honesty," she says, "I have to explain what happened. I have to ask, did he ever make you feel uncomfortable? Was there a time you ever felt unsafe around him? It’s hard, but you have to be honest with them."

In the meantime, police have seized computers from Morgan’s home in Herkimer County. Depending on what’s found on those computers, more charges are possible.

Morgan pleaded not guilty on Monday to 22 counts of unlawful surveillance. He’s due back in court next month.