Bennington police are investigating after a woman was hit by a car in the Walmart parking lot there.

Police say the driver — described as a middle-aged, heavy set man — got out of his car and tried to help the woman up. However, when he couldn’t get her off the ground, he got back in his car and drove off.

The woman is expected to be okay. 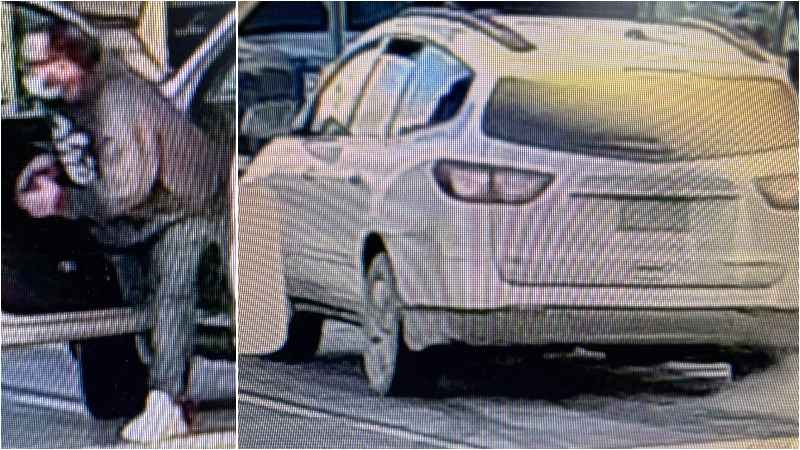 Police are looking for this man and this car, in connection with a hit-and-run outside the Bennington Walmart.[Bennington Police Department]