She held an emergency meeting with state police Wednesday morning. She says they’re doing everything to protect our schools.

Even before that directive, police agencies announced increased presence around schools.

A couple of local school districts have increased patrols at schools just as a precaution. This is the case in Albany County, Rensselaer County and Saratoga County. 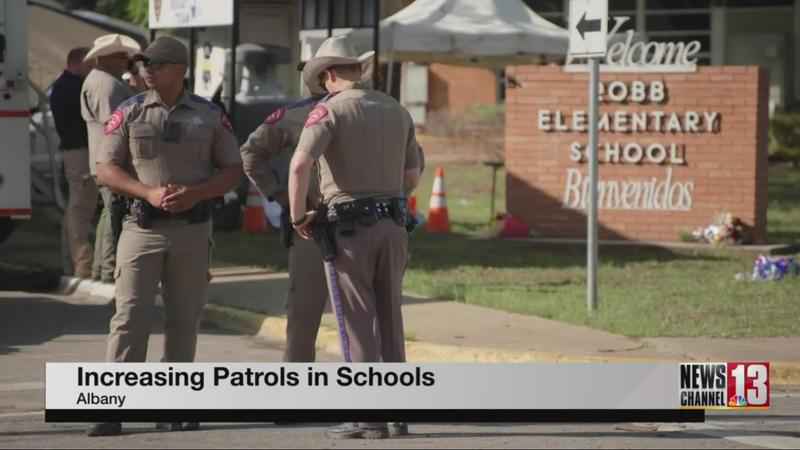 A spokeswoman from the Shehendehowa Central School District in Clifton Park says they have been working with the Saratoga County Sheriff’s Department and have increased patrols in and around the school.

In Albany County, Sheriff Craig Apple says after learning what happened Tuesday, he immediately deployed extra resources at the schools. He says their goal is to the let the deputies be seen, so the kids can be focused on getting an education.

Learn about how they’re using K-9s to make the police presence a little less scary for kids by watching the video of Jonathan Hunter’s story.