Long wait times, lack of communication, and unorganized. That’s just some of the problems people are telling 13 Investigates they are having at the new COVID testing location at Crossgates Mall.

13 Investigates went out to the site again on Tuesday. When our crew first walked up to the site, it seemed to be a bit better than the first day.

However, after talking to some people waiting in line to get tested, they expressed their frustration with the website to set up an appointment, gogettested.com. 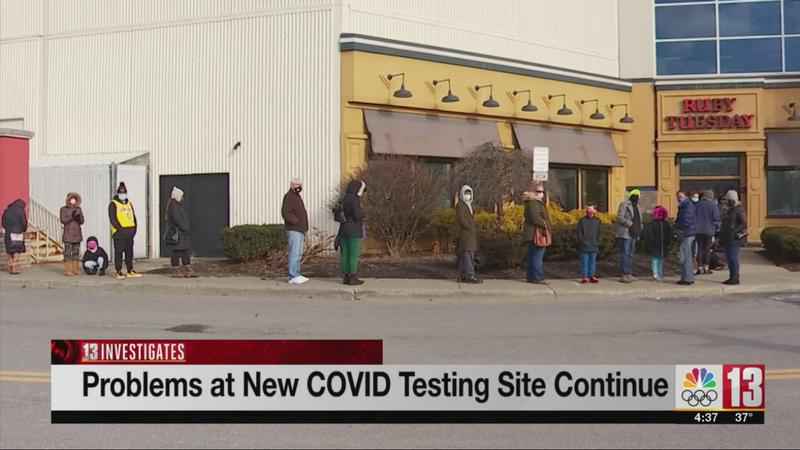 Some people said the closest location that would pop up for an appointment is in Mount Vernon.

Although, not everyone had that issue. Others said it only took them a few minutes to get one set up at Crossgates.

Others expressed their complaints about the site on the NewsChannel 13 website. Here is what some people wrote:

"It was terribly organized and communicated. Those workers tried the best they could."

"I was there with my boss trying to get tested. No go."

“The site keeps saying they have appointments, but when you go to book it, it says the nearest appointment is Mount Vernon!"

NewsChannel 13 reached out to the state Department of Health for comment. This is what they told 13 Investigates:

"We are aware of the website issues and are working with our partner organization to address these concerns."

"Governor Hochul has acted swiftly to expand New Yorkers’ access to testing, including securing 37 million at-home tests and announcing 10 new testing sites at SUNY campuses this week alone. We thank the hundreds of thousands of New Yorkers each day who are doing the right thing and getting tested."