Over the last few weeks, NewsChannel 13 has been following the legal drama involving an attack on an area basketball referee that took place during a youth basketball tournament.

Now we’re learning more about the far-reaching ramifications of what many folks consider a national epidemic of deplorable treatment of sports officials.

Stephanie Dutton is Commissioner of the United East Athletic Conference.

She is chair of the Division III officiating advisory group that is currently in the midst of a five-year strategic plan to address officiating shortages, that she says is partially caused by the behavior witnessed and documented in our recent stories.

To refresh everyone’s memory, 19-year old Unique Steele, a player on the Saratoga Splash team, is facing misdemeanor assault charges for allegedly attacking a referee back on June 5 at the Impact Athletic Center in Halfmoon. She’s due back in court June 22. 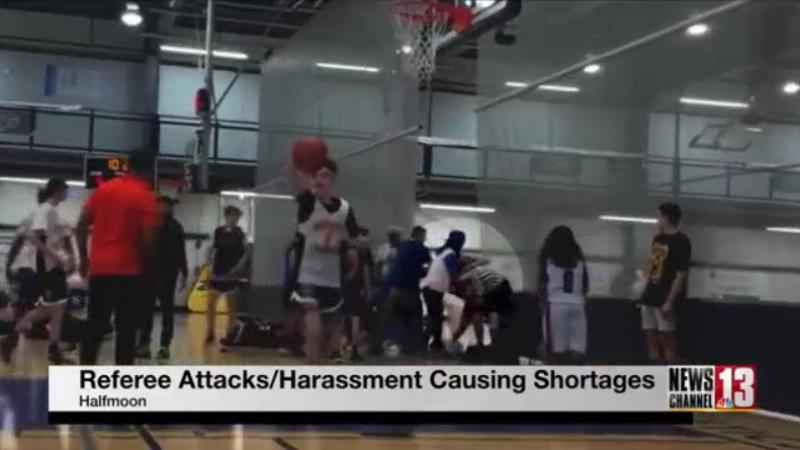 While that legal case plays out, the number of sports officials across the country continues to dwindle.
Sports officials organizations have been unable to recruit and replenish their rosters quickly enough to keep up with demand.

Commissioner Dutton, who oversees schools in New York, Pennsylvania, Maryland, and Washington D.C. – and is based right here in Latham – says officials are leaving the field four-times faster than they can recruit to replace them.

Dan Levy takes a closer look at the replacement plan on our online newscasts on WNYT.com starting Live at 5.