An 18-year-old is recovering after he was shot last night in Bennington, Vermont.

Police say they responded to Pleasant Street late Saturday night after they received reports of a fight involving a knife. But, when they arrived at the scene, they found the man shot in the torso in front of a home.

The victim was taken to Albany med and is stable.

Police say they have identified the suspect who is cooperating with investigators. 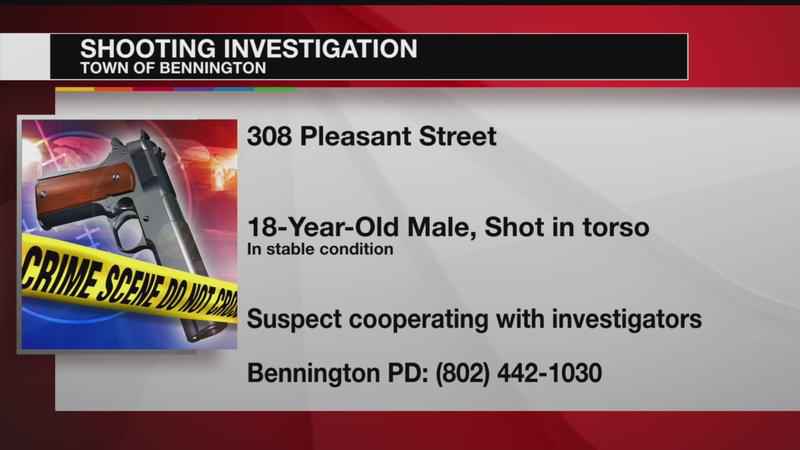