Troy police are investigating a homicide and still looking into several leads for a suspect(s).

Local law enforcement responded to a shots fired call in South Troy on Wednesday, Nov. 24 in the neighborhood of 2nd street and Tyler street.

Residents who live in the area tell News Channel 13 they heard multiple gunshots and didn’t get to sleep until after midnight. The people who live on the street where it happened say they’ve noticed an increase in crime recently.

Others said they hope this incident does not give the area a bad reputation because there is a sense of family here.

“It doesn’t overly surprise me,” Matthew Mirro said, who lives and works in Troy. “I just think it’s indicative of the challenging times people around here are facing with the pandemic.” 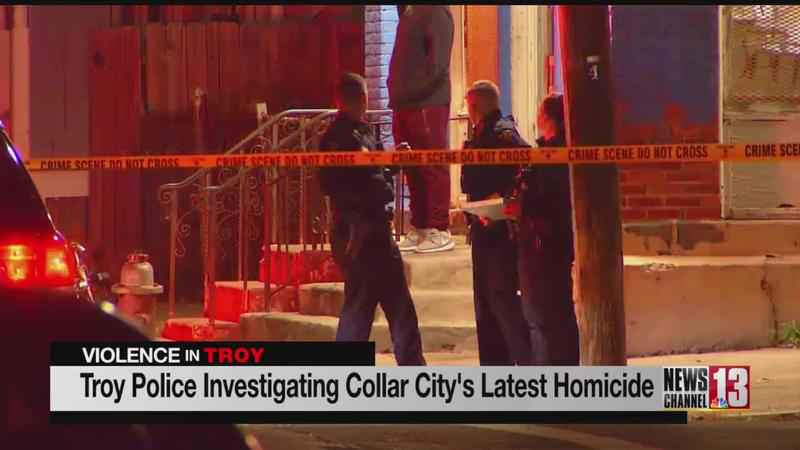 Mirro was working just a few minutes away from where the shooting occurred. He said several people came in and told him and other staff what happened.

“People seem to look out for each other here. That’s why people were telling us about the shooting. Letting us know what’s going on," he said.

Police found 40-year-old, Darryl A. Gilmore unconscious on the scene with gunshot wounds. Troy PD said Gilmore was taken to a local hospital where he later died from his injuries.

Mirro said he hopes people won’t have predisposed opinions about the area after this.

“Incidents like this shouldn’t discourage people from investing in the community,” he said.

As of Thursday, Nov. 25, no suspects are in custody at this time.