PHOENIX, Ariz. – Santa’s got some extra helpers this holiday season, and these aren’t just any elves. They’re working at a school for the visually impaired, where they’re helping make sure something special from Santa finds its way into their students’ mailboxes.

Andres Balderas and Hailey Pendergast aren’t any different than other kids their age, they’re all just hoping Santa is thinking of them this Christmas.

However, what sets these youngsters apart is they’re visually impaired and attend a school designed just for them, the Foundation for Blind Children in Phoenix.

To that end, their school is making sure they don’t miss out on any of the fun other kids might have during the holidays!

Santa makes a visit to the Foundation for Blind Children every year, and he not only takes extra time with each child, but feels comfortable interacting with the students using descriptive language, so they’re getting the most out of his visit. 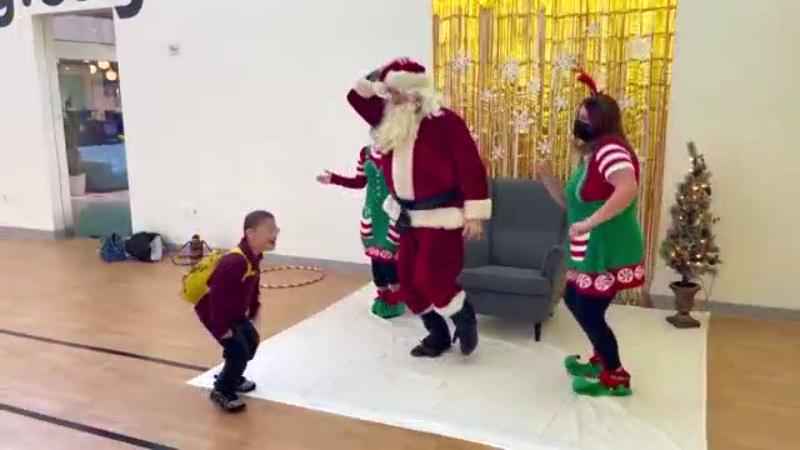 But the school is also doing something else incredibly insightful.

They’re creating personalized letters from Santa to the students in braille.

“We use specialized transcription software known as Braille 2000,” said Jared Leslie, Director of Media & Development. “Essentially it’s a word processor to be able to support us, and these machines right here they do one thing and one thing only and that’s produce braille at a high volume.”

Braille technician, Gina Lipko, will be proofing the letters from Santa. Visually impaired her whole life, she loves what it will mean to the children to get a personalized letter from Santa in a medium that they can read themselves.

“To get a letter like that from Santa would have meant so much to me,” said Gina Lipko, Braille Technician. ”It’s like he personally recognizes me and even though I read in a different way, I would know that he thought of me. It’s that whole feeling of being, being included, being recognized.”

Included and recognized during the holidays, from a school that already does all it can to make sure no child is overlooked year-round.