A family in Saratoga County said they are desperate to get their teenage son access to a mental health program. It has become harder to do that after one of the few local facilities in the area temporarily shut down.

Kathy and Doug Edwards said their 17-year-old son Aiden has autism. Back in October, he was diagnosed with schizophrenia. Aiden has since become aggressive.

Aiden has since been sent to a local hospital, but Kathy does not think it’s going to do much for her son.

"He needs to get the help. He needs short-term residential help that they can monitor him closely until they find that right medication," Kathy said. 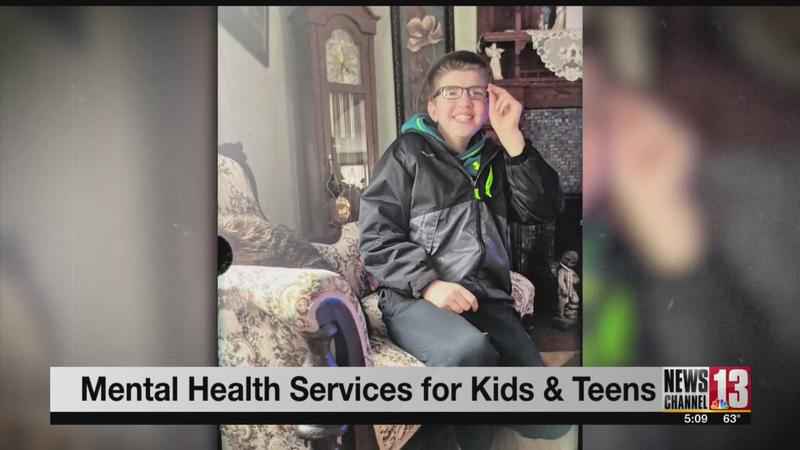 They’ve tried everything at this point: hospitalizations, appointments, mental health referrals, but none of it is working because it’s not the proper help Aiden needs.

Kathy said because of the many cutbacks for adolescents in mental health facilities, she does not know where else to turn.

"Lack of beds, lack of staffing, lack of funding, funds being cut, aid being cut, and he’s not the only child going through this," she said. "If he was in the right mind frame, he would never injure anybody."

That is why they contacted NewsChannel 13, hoping it can shed some light on the problem and let others families know they are not alone in this battle.

"We can’t get any answers. We cannot get help. All they want to do is, ‘Alright, send him to the hospital,’" Doug said.

There are only two inpatient adolescent mental health providers in the region.

One of which is Ellis Medicine. They had to temporarily close down their unit because of low staffing.

The hospital said they are working on hiring more staff to reopen as soon as possible.

In the meantime, they are working with the New York State Office of Mental Health to ensure the integrity of their programs.

While Ellis Medicine is working on hiring more staff to reopen as soon as possible, their outpatient mental health services on State Street is still open.

As for Aiden, the family just wants to help him get better.

"He’s my son, I love him, but he needs an inpatient place to stay. That’s been suggested to us by doctors," Doug said. "He needs that, but with the mental health issues, you can’t get it. There’s no staffing, or he does not qualify because he has too many issues."