SARATOGA SPRINGS — A boil water advisory was lifted in the Spa City Saturday.

The advisory went into place Thursday after a water main break on Green Street.

The state’s Department of Health had found what they described as disease causing organisms in the water supply.

With it being a holiday weekend, the boil water advisory being lifted in Saratoga Springs was good news for some local restaurants. Many restaurants had to use bottled water and bags of ice the last few days.

NewsChannel 13 stopped by The West Side Sports Bar & Grill in Saratoga Springs shortly after the boil water advisory was lifted. We gave Dave Harmon, the owner, the news.

Harmon was happy to hear the advisory was lifted.

At Bailey’s they were in similar situation. They had to use water bottles to wash their hands. They even rushed to order boxes of sodas and plastic plates. Sierra Parker is a manager. She found out Saturday evening the order was lifted.

“Yeah I mean it was definitely lifted at the perfect time because I haven’t worked a July 4th in awhile, but I’m working one tomorrow and I’m sure it’s going to better to have everything regularly," said Parker. 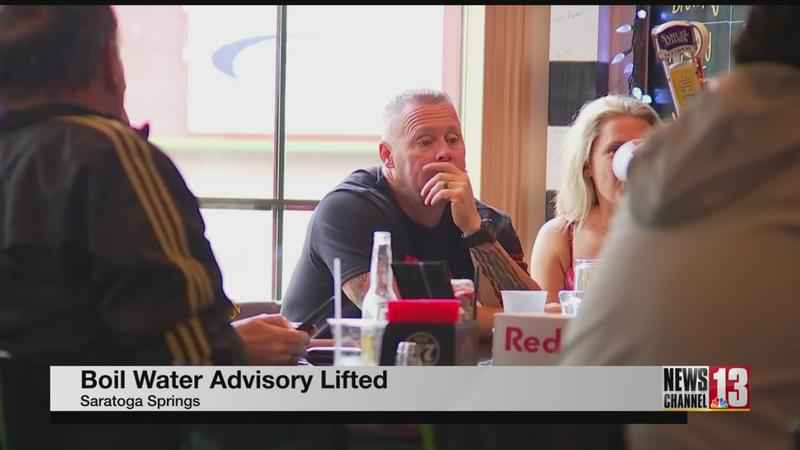