The mayor of Saratoga Springs is ordering an investigation into his predecessor.

A city official who did not want to be identified says those residents began to receive political emails.

Kim says he’s looking into what happened in the previous administration for the sake of transparency. He’s asking the Commissioner of Finance to investigate and report her findings. 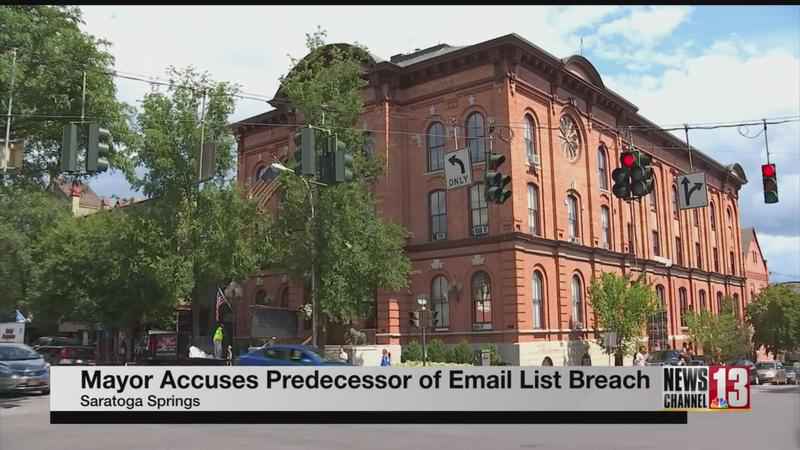 "We felt like we had a fiduciary obligation, one, to make sure people knew about this, and to be transparent about it, but then the second thing is now we’re going to be addressing, are there other steps we need to take on this matter," Kim said.

Mayor Ron Kim says his administration started investigating when people who live in the city complained that an email address they used only for the recreation department was receiving unexpected emails.

"We started to hear from some individuals who felt like their email might have been compromised," he said.

A city official says those emails were political, trying to sway residents against voting for certain school board candidates.

The mayor did not get into specifics about what happened.

"We were able to sort of determine that there appears to have been both a release of the email list from the Rec Department to other departments in the city which in itself was something that isn’t the normal protocol," he explained.

Kim says there is digital evidence a spreadsheet of thousands of emails was sent out of the Rec Department to multiple elected officials’ personal accounts, including former Mayor Meg Kelly. She did not respond to a request for comment.

"The idea that this data was distributed outside the city is really the issue that we want to make sure doesn’t happen again," Mayor Kim said.

Mayor Kim says he’s turning over the information he gets to the authorities for them to investigate.