Mary Beth Delarm has a lot of spongy moth caterpillars in her Saratoga Springs back yard. She says her neighbors have trees that have been infested with them as well.

"The neighbors across the street, almost all of them actually in the neighborhood have lost their oak trees. They are completely defoliating," said Delarm.

Delarm decided she had to take action. She went to the DEC’s website to get ideas, but also discovered on her own what worked to remove the caterpillars.

"Several containers of Vaseline Petroleum Jelly will work as a band. As you can see, I apply it here," said Delarm. 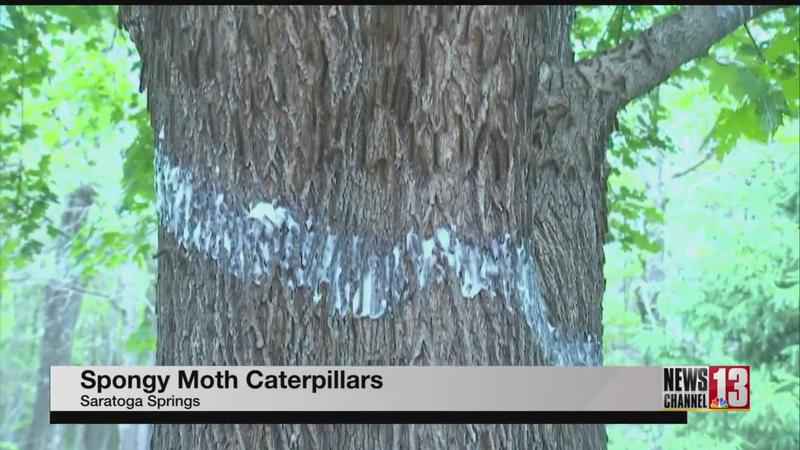 "They can’t cross this border. It’s just like a war. A war against the caterpillars," said Delarm.

Delarm then takes dish soap and places it in a big pail of water. She places the caterpillars in that bucket.

"I use biodegradable dish soap, so that it doesn’t ruin the earth and then i dump in the woods," said Delarm.

Delarm says she also will climb a ladder to scrape off of the eggs or the egg nests. Delarm says taking care of this issue is very critical for preserving the life of a tree.

DEC officials say homeowners can also wrap sticky bands or burlap bags around the trunk of the trees to catch the spongy moth caterpillars as they crawl up and down. They have more information on their website: https://www.dec.ny.gov/animals/83118.html