The water levels along some of the streams and rivers were still high Friday evening as a result of Thursday night’s rain.

Over in the Stockade Historic District, part of the parking lot and a playground were covered in water at Riverside Park.

Jumpin Jacks in Scotia saw some flooding as well. 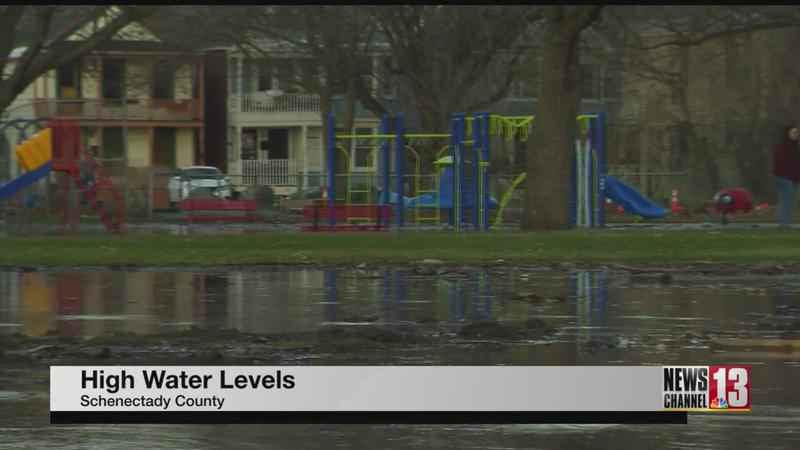