Schenectady man arrested in Colonie for 9th time this year

Police around the region are familiar with him.

Since January, Hankins has been arrested in places including East Greenbush, Schenectady, Wilton, Saratoga, Glenville, Malta, Scotia, and Menands — nine times in Colonie this year alone. 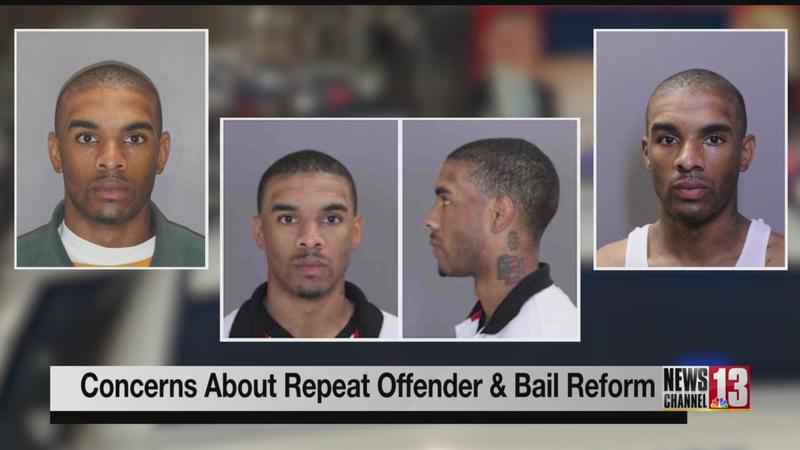 "This particular defendant, he’s been arrested sometimes multiple times in the same day by different agencies, so it’s pretty clear that when he gets arrested, he’s not really held accountable," said Lieutenant Belles.

"It seems like he’s been able to stay in the public and commit more crimes by the recent reforms. So it’s hard for us to sometimes explain to the victims why this person is still out of jail."

Several times, Hankins was arrested with Ava Maddalla of Glenville.

Police say again and again, they’re released to re-offend because of bail reform.

Police say not only is it demoralizing for officers, it is also a threat to public safety.

The Glenville police chief wrote about the pair and bail reform months ago.

In Glenville, police say the pair crashed a truck that was stolen out of Colonie, injuring another driver in April. They were arrested and released. And then that same day, police say they tried to steal a U-Haul, and assaulted and robbed a locksmith.

Hankins was turned over to the Rensselaer County Sheriff‘s office, which had a bench warrant for him. Now he has been remanded to jail without bail.

Authorities say the pair has active warrants for failure to appear in court.