WATERVLIET – Kim Prouty has been a school bus driver for 19 years.

"When I first started, I had two young kids at home, and it really did work well with the schedule," she said.

Drivers joke they need to have eyes in the back of their head.

"Pretty much," said Prouty. "Those mirrors overhead, they’re wonderful. And all districts should have the cameras on the side. It’s a lifesaver." 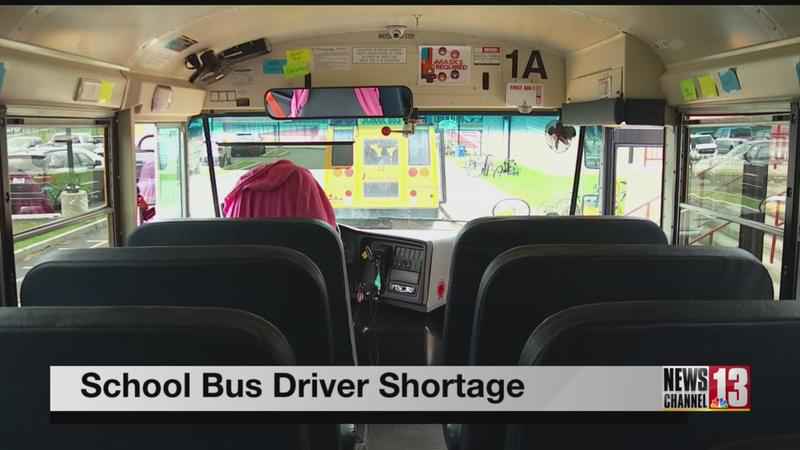 In many districts with shortages, they’ve had to combine bus runs, making for longer rides.

To attract more drivers, New York plans to expand testing, and long-term, to change the training and licensing process.

"I started 20 years ago. I did it because I had small children, and it was more convenient for me. I could work, plus be home for them," said Robin Fryer, who is now driving for Watervliet.

"Now I do it, I’m a grandma, but I still love to take the kids, build a rapport with them."

Unlike many other districts, Watervliet is fully staffed.

Incoming School Superintendent Don Stevens says they were lucky to find replacements for some open positions, and they contract with another bus company for additional drivers.

Transportation is a key issue for school districts, as students came back into the classrooms.

"We were really committed to bringing students back 100% in-person and giving them an educational opportunity that they deserve," said Incoming School Superintendent Don Stevens.

"Sometimes you are driving with your personal car, and the kids wave to you because they recognize you," said Christopher Kowalewski, with a smile.

He has been with Watervliet for 10 years.