Sen. Chuck Schumer visited the North Country on Thursday, and he brought with him a very sizeable gift – $2 million.

The money is targeted at four major projects in Warren, Washington and Essex counties.

The projects include $439,000 toward restoring the historic Glens Falls City Hall building, including a brand new roof and the replacement of an old gas-fired boiler heating system into a high-efficiency system. 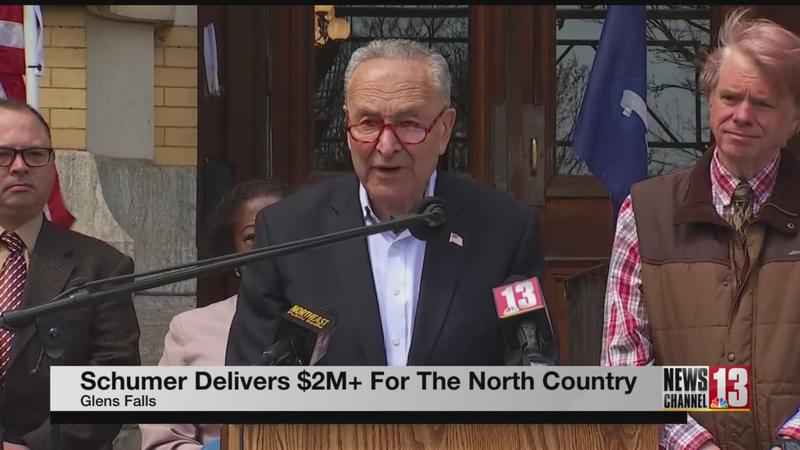 Also in Warren County, there’s just over $200,000 for employment training and administration – including money so that folks can open daycare centers. That will free up more parents for the job market.

In Washington County, there will be $950,000 to upgrade the former General Electric de-watering facility into the Canalside Energy Park.

Up in Essex County – with tourism in mind – a half-million dollars will be spent to restore the crumbling walls at Fort Ticonderoga.

Schumer says this marks the first time in history New Yorkers have gotten back more money from Washington then they sent in. He says that is what having a majority leader in the Senate will do.

Hear what the Glens Falls mayor is saying about this money and how he plans to help his city with it by watching the video of Dan Levy’s story.