In light of the ongoing shortage of baby formula, Sen. Kirsten Gillibrand says she has a plan that would help families get access to formula for their children. She introduced the Emergency Infant Formula Act.

This came shortly before President Biden announced he’s invoking the Defense Production Act, something Gillibrand urged the president to do.

It is estimated that 40% of formula is out of stock nationwide. Sen. Gillibrand says this issue has caused stress for several families across the country.

Sen. Gilibrand says it’s important we have access to high quality formula. She says manufactures haven’t been able to get the ingredients that they need. As a result, some states have half as much baby formula on the shelves as they did before the pandemic. 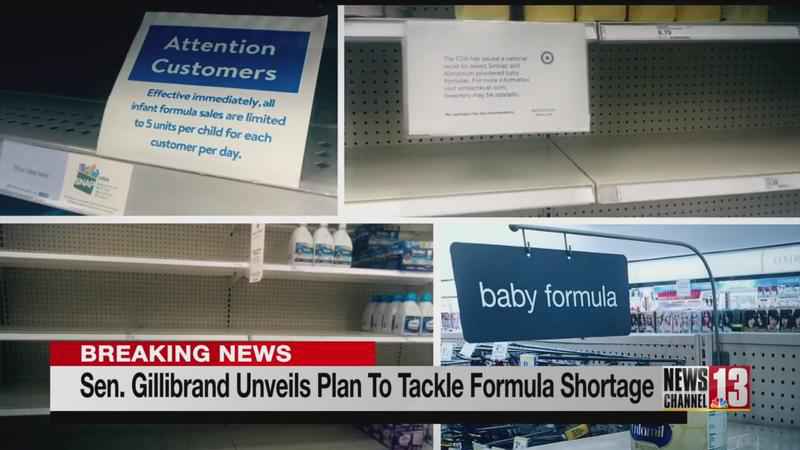