The 120-pound shelter dog is more member of the family than mascot.

Brought to the school in Sheepshead Bay, thanks to a program called Mutt-i-grees.

Mutt-i-grees was created in 2010 by North Shore Animal League America — based on Long Island. The program has 70 dogs in New York City schools, and dozens more across the country

The principal at Shell Bank adopted Brody and while he’s an adorable pup, he struggled to get here. 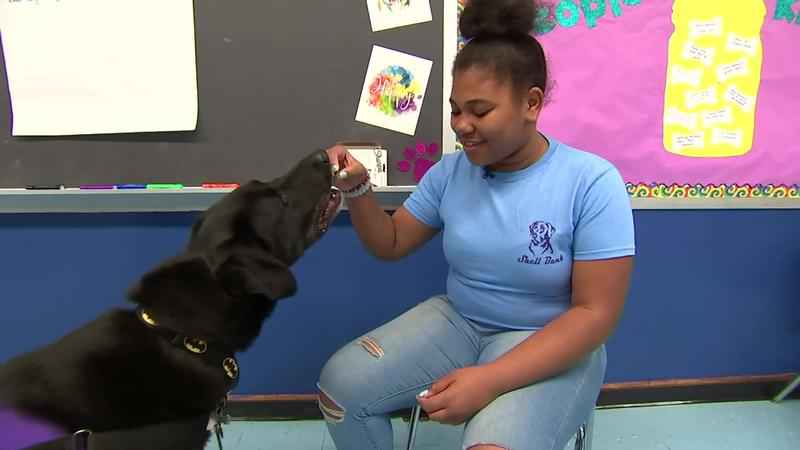 Learn more about the struggles Brody faced to get to where he is today, and how he’s helping to put kids at ease in school by watching the video.