SARATOGA SPRINGS – A new sign is causing a stir in Saratoga Springs. It’s hanging from a fence on Putnam Street, and it reads "Future Home of Darryl Mount Park."

A spokesman for the property owners calls the sign a "hoax" and says there are no plans to put a park there.

The location of the sign is not far from where Mount was found unresponsive in August 2013 after running away from police.

Witnesses say Mount – who was bi-racial – fell from scaffolding. However, Mount’s family, and others accuse police of brutality. 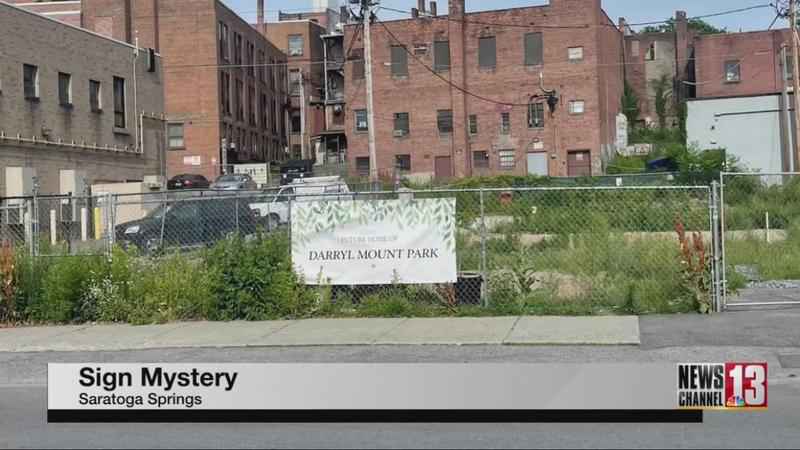