How would you like to see a $20,000 pay raise in the New Year? That’s what Rensselaer County Executive Steve McLaughlin will get after a party-line vote by the Legislature earlier this week.

McLaughlin is not the only employee in Rensselaer County who is getting a raise, but percentage wise, his is the most eye-opening and the most controversial given the current circumstances in his life.

Three weeks ago, McLaughlin was arrested and indicted on felony charges related to his alleged misuse of campaign money and falsifying campaign filings. 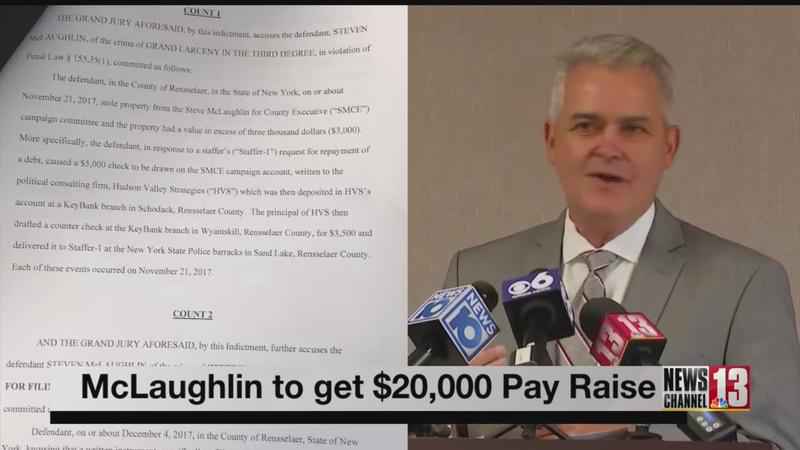 On top of that, Democrats in the Legislature say the resolution that easily passed on Tuesday night came out of the blue at the last minute, and gave them only about one hour to review it before they had to vote.

NewsChannel 13 reached out to McLaughlin and to the Rensselaer County Legislature Chairman Mike Stammel seeking comment. As of Thursday evening, we hadn’t heard back from either of them yet.

Hear more about why Democratic lawmakers are calling the raise "disturbing" and "outrageous" by watching the video of Dan Levy’s story.