TROY – The Troy city Council’s Finance Committee unanimously approved a controversial $1.55 M payment to the family of Edson Thevenin, who was shot and killed by Troy Police Sergeant Randy French following a car chase in April, 2016.

Prior to Thursday’s night vote, a rally took place in front of City Hall in support of Thevenin’s family.

It’s not just the amount of money that people are dissatisfied with. Many people are also troubled with wording in a memorandum of support attached to the legislation.

Particularly upsetting to activists in this community is the part that says there will be "no admission of liability or fault" on the part of the defendants.

In other words, once the city council approves the $1.55 million settlement to the Thevenin family, as far as they’re concerned, the case is over. 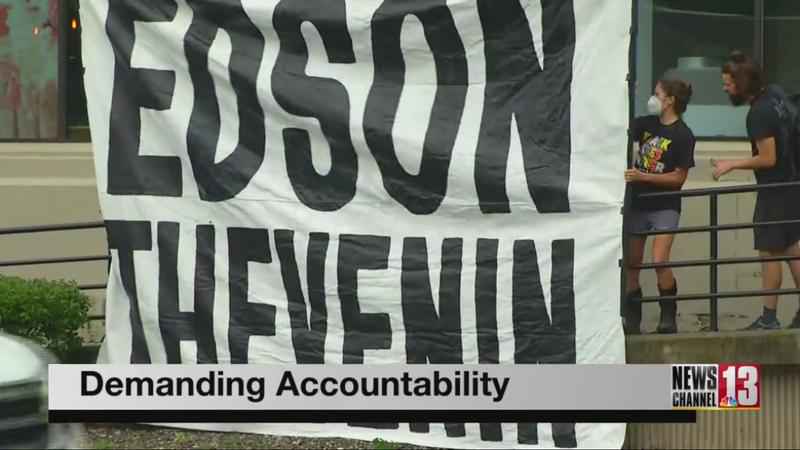 The memorandum does state that the Thevenin family is "certainly blameless" and it acknowledges they have suffered.

It’s because of that sentiment that the city feels it’s "prudent, reasonable, and humane" to pay the Thevenin family $1.55 million.

"Of course the settlement is not enough to bring justice to this case, no settlement would," said Jamie Crouse, with Reimagine Troy.

"What we’re most concerned with is the memo that’s attached to the legislation, which will authorize the settlement and the city refuses to back down from their stance that the killing was justified, that it was lawful, and we do not believe that."

Learn how much money the city’s insurance company would pay, and how much taxpayers would contribute if the city council approves the settlement, by watching the video of Dan Levy’s story.