WATERVLIET — When Roz Said and his family came from Afghanistan, they had to leave their oldest son, now 10 years old, with a close family member. It is a situation that is not uncommon.

"This happens all the time, and if you know anything of history of our immigrants, of our refugees, families get divided," said Assemblywoman Pat Fahy (D- Albany).

"If they’re only allowed to get out certain individuals, they do, while one earns money to get the next one through," she continued.

Said and his wife have been working to bring their son over, but now, watching the country fall to the Taliban, they are desperate to have it happen as soon as possible. 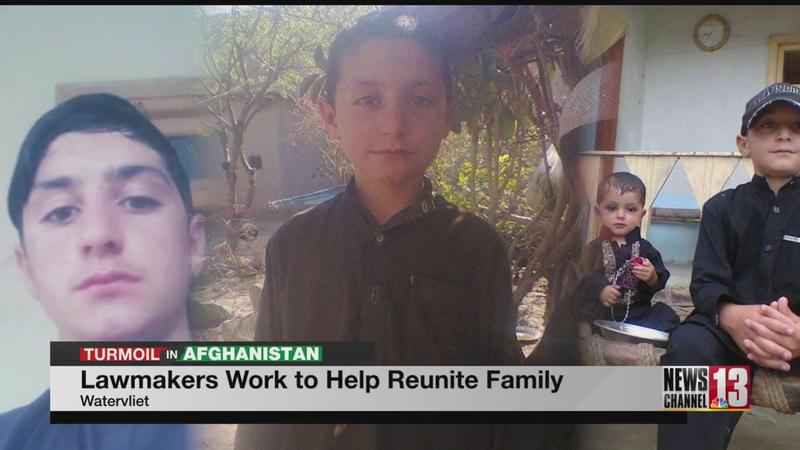 Said said he talked to his son Wednesday morning.

"He was depressed and crying. He said he can’t leave home. His life is at risk," he said, through a translator.

Said believes his son is particularly at risk because Said was in the Afghan Army Special Forces, serving alongside U.S. soldiers. He showed us what happened Tuesday to his own brother.

"So this is my brother," he said, showing us a picture on his phone. "Just look at him, how badly the Taliban beat him because of his job with the United States Army, too."

Our story caught the attention of Assemblywoman Pat Fahy, who sprang into action and has worked tirelessly.

Staff with Senate Majority Leader Chuck Schumer and Congressman Paul Tonko are among those working on the case.

"I am just trying to do my part to use my office and my contacts to help draw attention to these families to make sure that we just don’t completely abandon those who have been helpful to this country," she said.

Said despairs over the future of Afghanistan.

"My heart hurts so badly," he said. "They killed two of my cousins. They beat my brother. Our country is getting ruined, and we can see all these things, the destruction is happening."