Albany County Legislature issued a proclamation calling for members of the federal government to reinstate an assault weapons ban and put an end to gun violence.

In a statement, Albany County Legislature Chairman Andrew Joyce says she was once owned an assault rifle until she realized it’s destructive power and no longer wanted it in her home.

"From Newton, to Buffalo and now, Texas, we have failed to keep weapons of war out of the hands of deranged killers. We must reinstate the federal assault weapons ban now and begin the work necessary with mental health professionals and law enforcement to develop a plan to prevent any tragedies in our community and Albany County," she wrote.

I’m heartbroken for the victims of today’s horrific shooting in Texas.

You should be able to go to school, and to church, and to the grocery store without needing to worry that you’re not going to come home. It’s past time to put an end to these needless tragedies.

"Our hearts are broken. In New York, our emotions are still raw from the senseless mass murder at a Buffalo supermarket just more than a week ago, and now we watch as our colleagues in Texas, the students they devote themselves to and their families are forced to grapple with yet another horrific mass shooting." 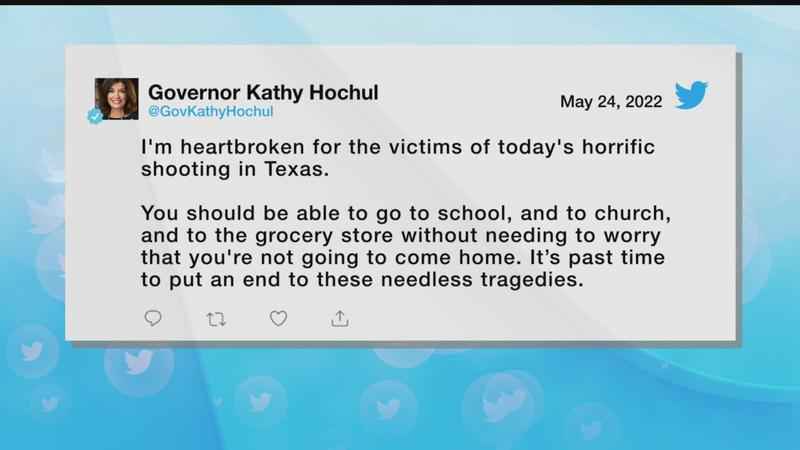