The state Legislature is back in Albany for a special session.

This was just called by the governor Tuesday evening.

They’re tackling a number of issues including the Open Meetings Law, confirming appointments to the Cannabis Control Board and extending the state’s eviction moratorium.

Many Democrats were happy to come back for the session to extend the moratorium. Many Republicans say extending the moratorium doesn’t actually solve the problem. They say it is kicking the can down the road. 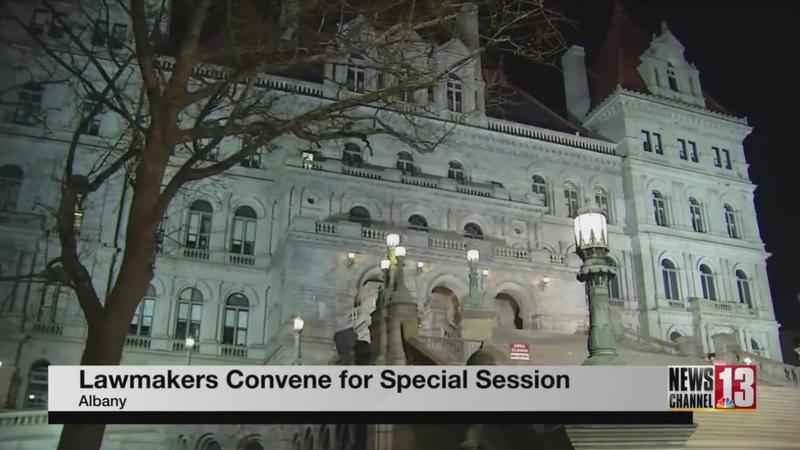 Prior to Wednesday’s special session, Republican leaders spoke to reporters to express their concerns.

Minority Leader Rob Ortt says there are a lot of property owners who are struggling because tenants have not paid their rent. Ortt and his Republican colleagues say the state hasn’t done a good job of distributing the Emergency Rental Assistance funding. The state has had over $2 billion allocated, while only $200 million has been distributed to renters.

"The real issue is so no one is going to apply for the ERAP money as long as there is no reason that they can stay in their apartment rent free, as it is,” said Ortt. “If you provide an incentive and say, ‘you’re about to be evicted, you better apply to this program,’ I’ll bet you that most people that really have a hardship would apply to that program."

Ortt and many of his Republican colleagues say they don’t want to see anybody be evicted. They just want to make sure the landlords receive money they are owed.