Colonie police are investigating after a woman riding a bike was found lying in the road late Wednesday night.

The cyclist was spotted in front of JJ Rafferty’s on Route 9.

Police say it’s not clear if the woman fell off the bike or was hit by a car.

Investigators say she has a serious head injury and is now in critical condition.

If you saw anything, call Colonie police. 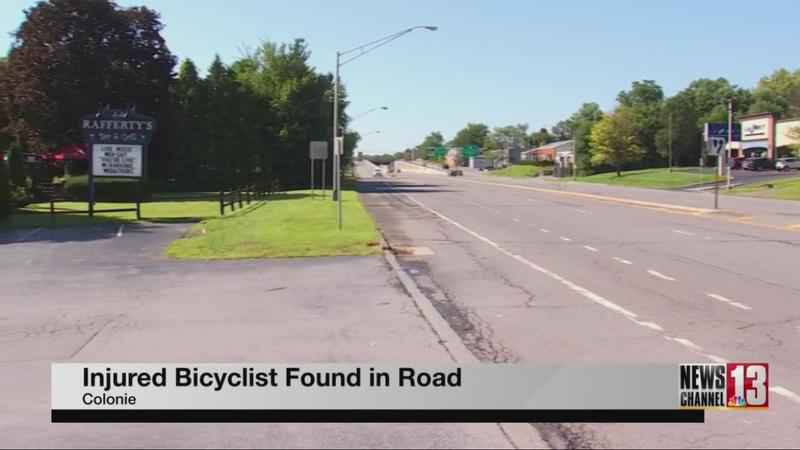