Unions representing faculty and staff at SUNY and CUNY schools want Gov. Hochul and state lawmakers to commit $500 million in additional funding to their campuses.

The groups held a news conference at the state Capitol Monday morning.

The governor’s proposed budget calls for reinvestment in New York’s public higher education system. However, the unions say more funding would strengthen the state’s workforce and economic tax base, while helping reduce economic and racial inequality.

"What we came here to speak about today was the real need to begin to reverse some of the deep austerity funding cuts that have happened in the SUNY and CUNY systems over the past decade and more," said James Davis, the president of the union representing CUNY faculty and staff. 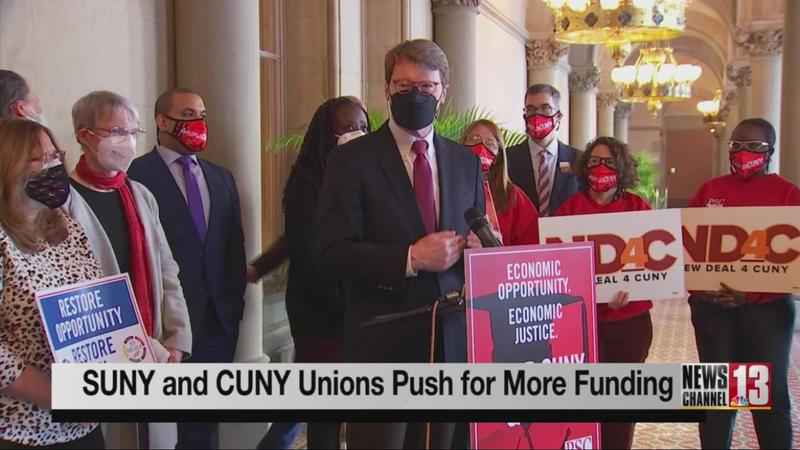