ALBANY – No one disputes Senator Jim Tedisco’s assertion that the stretch limousine company (Prestige) was at least partially to blame for the horrific Schoharie limo crash that left 20 people dead in October 2018. However, the National Transportation Safety Board concluded two state agencies — the DMV and the DOT — were also culpable.

When asked what a reasonable amount of time would be to resolve the void of information released to the public from the state inspector general regarding the deadly crash, Tedisco responded, "Yesterday!"

He also called it "unconscionable" that we don’t know yet the level of culpability on the part of state agencies.

On Tuesday, the Glenville Republican filed a Freedom of Information request with the IG seeking answers.

"We need information," he said. "We need to know what they did right and what they did wrong, and this commission needs to know that." 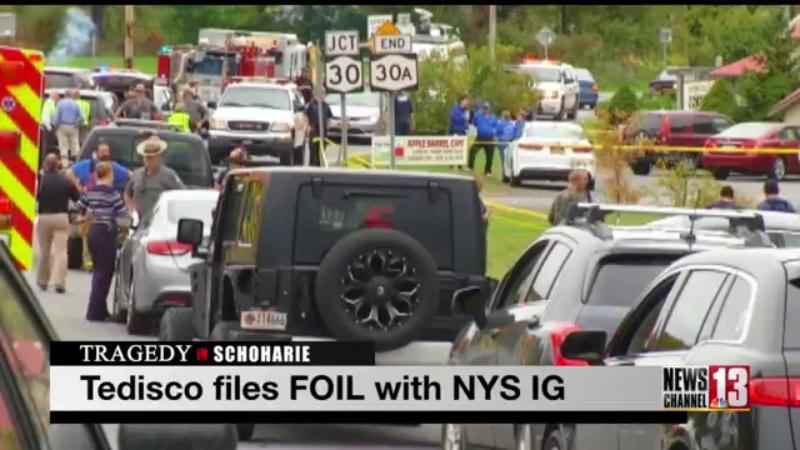 Also disconcerting to Tedisco is the possibility there may only be enough insurance money to pay families $24,000 per victim.

"I’m not sure the money is that important to them," he said. "I think what’s more important to them is turning this terrible tragedy into something positive for the rest of the family members and the citizens of New York state. Certainly they deserve millions of dollars, but no amount of money is going to bring those individuals back or give them complete closure."

Toward that end, Tedisco has a message for the state investigators.

"Inspector General, do your job. Don’t make legislators do your job," he advised.