Thousands of moms and dads helping each other find baby formula

If you are a parent and have tried everywhere to find baby formula during the shortage, you might be able to get some help from other moms and dads.

"The need right now is really bad. What’s worse than not being able to feed your child," Michelle Murphy said.

Murphy started the Facebook group, "Capital District Moms – Formula Hunt" on May 13. It is growing fast. 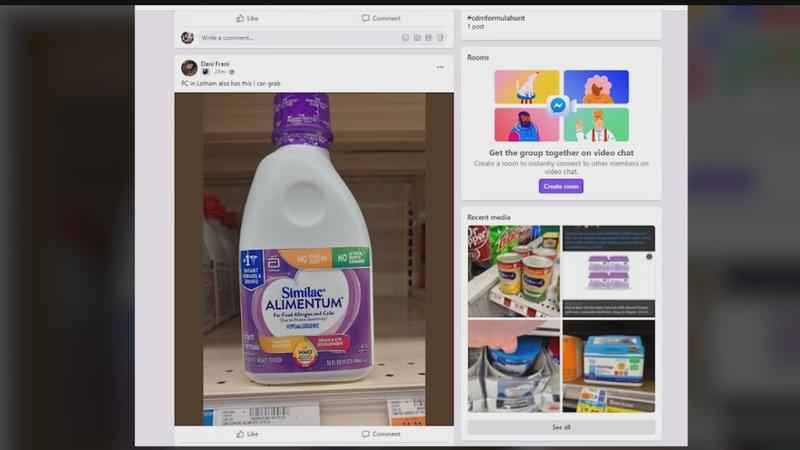 Almost every hour, a parent is posting photos of where you can and cannot find formula Murphy said she knew she needed to do something to help parents, as she is a mom as well.

"When you have a little child," she said. "You don’t have a couple of hours in your day to be going from store to store to store."

Anyone can join the group.

People are also generous enough to give away the formula they bought but are not going to use.

"People are really hunting around looking for formula," Murphy said. "It’s just not a good situation, but it’s amazing to see so many parents come together in the Capital District and offer free formula to other parents that might need it."

On top of the Facebook group, experts say go to places you would not normally think to check for baby formula. That includes gas stations and local grocery stores.

Stewart’s Shops say they sell select liquid cans of formula, but are running low. The Honest Weight Food Co-op say they are getting deliveries daily of infant formula, and it is selling out daily.

Murphy said she would keep this page running for as long as the need is there.

Some parents are resorting to alternative ways to feed their children when they run low on baby formula, as the shortage continues.

Watch the video of Tessa Bentulan’s story to find out why parents should be careful.