SARATOGA SPRINGS – It can be a thankless job and pays just $14,500 a year, but Heidi West, Ron Kim and Robin Dalton all want to lead the Spa City.

Heidi West owns Lifestyles of Saratoga, and says her private sector business experience is what the city needs. She is not a member of a political party, but is endorsed by Republicans and Conservatives.

Democrat Ron Kim says his two terms at city Hall proved he can work across the aisle and wants to end the city’s racial discord. 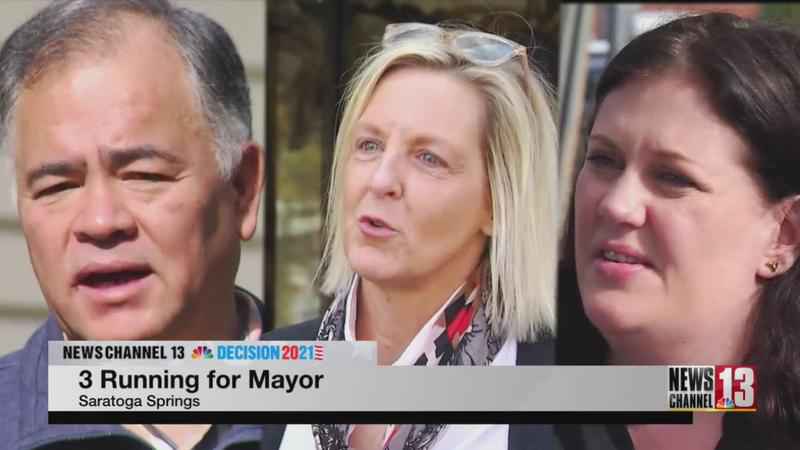 Public Safety Commissioner Robin Dalton, who is the first woman to occupy the office, says serving in that role during a pandemic makes her uniquely qualified to lead the city out of it. She is running as an independent candidate.

"This is just not a moment where we have time for someone to have on-the-job training. We need someone who can hit the ground running," said Dalton.

"I think I bring a balance of experience that really the city needs at this point," said Kim.

"The customers are the people of this city, so customer service is what I do," said West.

Learn what each candidate is saying about their chances by watching the video of Mark Mulholland’s story.