ALBANY – Rep. Paul Tonko was back in the district on Monday to promote President Biden’s "Build Back Better" plan.

He was joined by downstate Rep. Hakeem Jeffries.

They were joined by leaders of the Albany JCC, which runs a large daycare and preschool operation in Albany.

Tonko says the new administration is taking a different look at taxes and living expenses for the middle class. 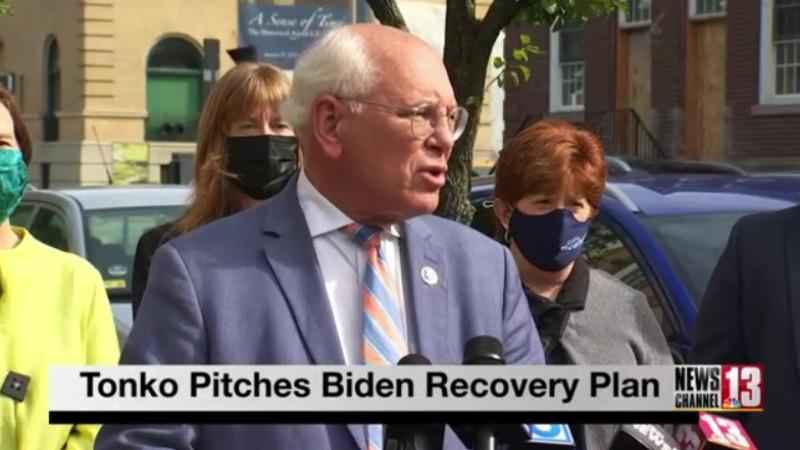 Tonko also discussed the expanded child tax credit and universal Pre-K for all.