The top dogs in Albany, Saratoga, Schenectady and Rensselaer counties all make well over $100,000. 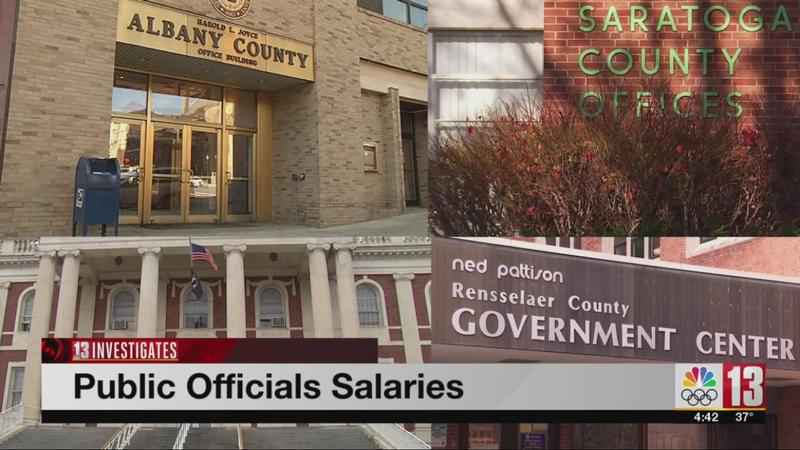 Their annual earnings were a curiosity that sparked the 13 Investigates team to research after Rensselaer County Executive McLaughlin recently received a $20,000, just weeks after his arrest and indictment for stealing campaign funds.

13 Investigates looked at their salaries starting from 2019, just before the COVID pandemic hit.

However, the Schenectady County Manager, Rory Fluman currently makes the most out of the four. Fluman was first appointed to the position in 2019. He currently makes $179,340.

The role and responsibilities for each of these officials are very similar. Each one oversees the day-to-day operations in their respective counties. Here are some of their other duties:

McLaughlin: responsible for final approval of legislative action by approval or veto of all legislation about county operations. McLaughlin also serves as the budget officer.

Bulger: supervises the appointed department heads, serving as the county’s budget officer and holding up county policies, and providing staff support to the Board of Supervisors.

McCoy: his office directs, coordinates, and monitors all the Albany County administrative units. McCoy is also in charge of the county budget and appoints administrative heads of departments. As well as approving and executing contracts and agreements for the county.

To put things in perspective, 13 Investigates also looked at the population sizes for each of these four counties.

This data comes from the 2020 Census Bureau.