Trio of Democrats running for New York governor to debate 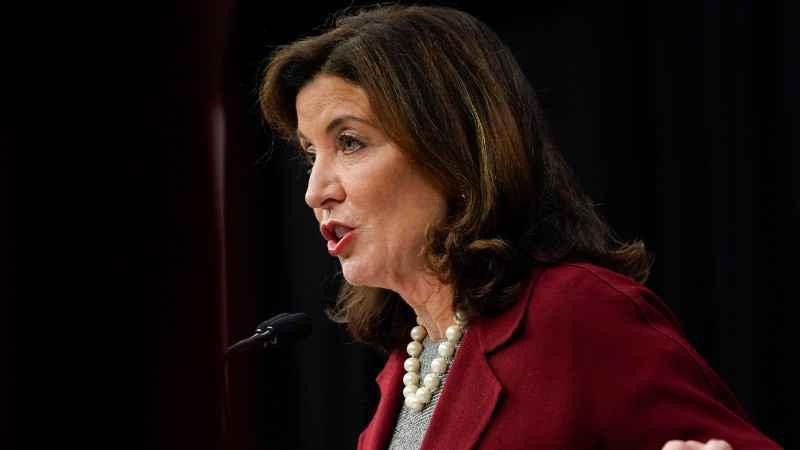 NEW YORK (AP) — New York Gov. Kathy Hochul will participate in her first debate Tuesday night as she campaigns against primary challengers in an effort to keep her job in the governor’s mansion.

The Democrat has been in office for 10 months and is facing primary challenges from U.S. Rep. Tom Suozzi of Long Island, who, like Hochul, has stuck to mostly centrist positions, and New York City’s elected Public Advocate Jumaane Williams, who is the most progressive candidate in the race. Tuesday’s debate, scheduled for 7 p.m. on WCBS-TV and Newsradio 880, is the first time the three candidates have shared the stage during the campaign.

Williams and Suozzi participated in a debate last week in which they criticized Hochul for not participating. Her campaign said she was instead focused on the end of the legislative session.

Hochul, who became governor in August when then-Gov. Andrew Cuomo resigned, is seeking to become the first woman elected to New York’s highest office. But first, she has to win her party’s June 28 primary contest.

Suozzi and Williams are expected during the debate to focus on contrasting themselves with frontrunner Hochul, who has stacked up endorsements, including the backing of the state Democratic Party, and hefty campaign funds.

Williams and Suozzi are expected to renew criticisms of her for a plan to spend an eventual $850 million in taxpayer money toward a new stadium for her hometown Buffalo Bills, and a positive rating from the NRA she received 10 years ago when she was in Congress and running for reelection from a western New York district.

“New York Democrats will get to see a sharp contrast between Tom Suozzi, a leader who will tackle crime, taxes and corruption versus a governor who offers soundbites instead of leadership, resulting in a state that is less safe, less affordable and as more corrupt than ever,” said Suozzi spokesperson Jason Elan.

The trio is scheduled to meet in another debate on June 16 sponsored by WNBC-TV, Telemundo and the Albany Times Union.