Police in Albany are looking into a video making the rounds on social media.

The Barstool Albany Instagram account posted the video Sunday morning. It shows a large crowd, with several people dancing on top of a car.

We asked police about it. They couldn’t confirm yet if the video was taken Saturday night.

But they say police were called to Hudson Street between Quail and Ontario streets for a group of about 1,000 people in the streets. Police say people threw glass bottles at officers, and 10 people were ticketed. 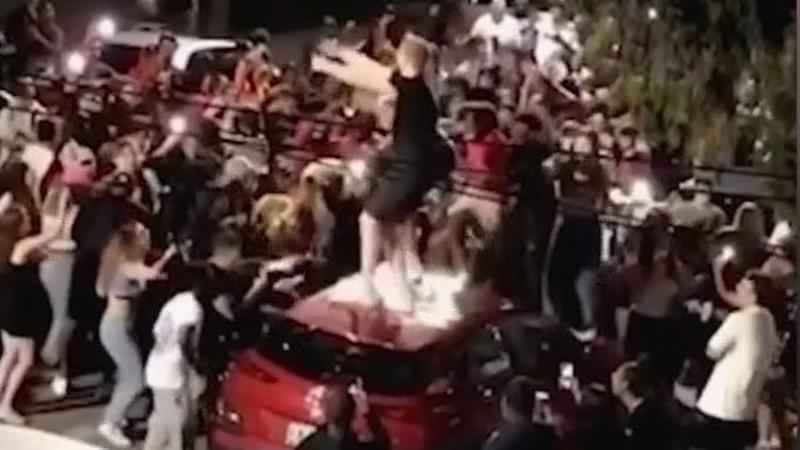