HUDSON FALLS – A Washington County fishing spot that’s popular among locals is drying up. Two young men are doing everything they can to save the fish.

Both men have jobs and they both work full-time, but they’re working hard these days to give fish a new lease on life.

It’s called Wall Street Pond, and according to 20-year-old Max Moynihan, who’s been fishing at the Hudson Falls spot since he was a little guy, it’s a popular place to learn to fish.

However, these days the water is dropping rapidly because of what Moynihan calls a sinkhole. It seems the water in the pond is rushing out much faster than it can trickle in from the reservoir that feeds it, and it’s down about six feet. 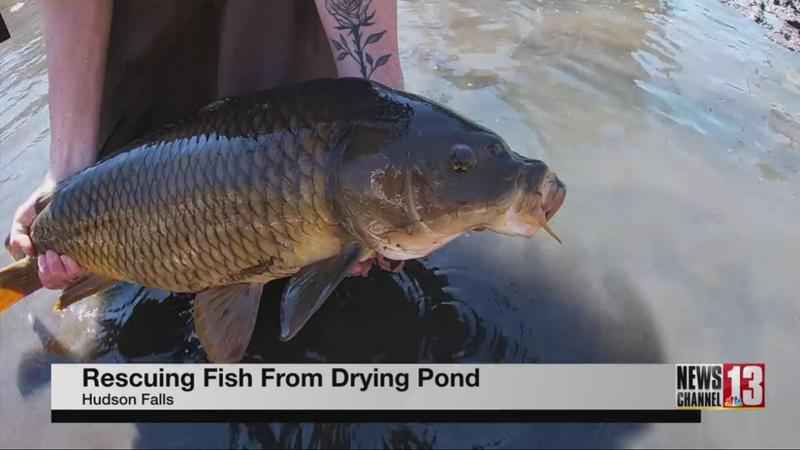 It’s getting so shallow – now under a couple of feet – that the fish in it, like the 20 pound carp they caught Monday morning, soon won’t be able to survive.

However, Moynihan and his friend, 19-year-old Austin Clear, are spending all of their free time trying to save the remaining fish by catching them and releasing them in the Hudson.

Learn more about why they say saving these fish is so important and how the men are hoping the village will step in by watching the video of Mark Mulholland’s story.