Watervliet Police Chief Joseph Centanni highlighted the actions of two officers in connection with a murder arrest that happened quickly after a fatal shooting Friday.

When gunshots rang out and a man collapsed Friday morning at 620 24th Street in Watervliet just after 9:30, Officer Eric Roy was first at the scene.

Police say it was a chaotic scene. The shooter had gone. Roy worked his way to the dying victim at the back of the apartment. Shawn Koonce, 41, of Poughkeepsie had been shot several times.

"So Officer Roy in response to that, while he again is trying to work through this chaos, he applied a tourniquet above that injury on the right arm and simultaneously was gathering information and a detailed description of that shooter, in addition to talking and doing his best to comfort the victim during for all intents and purposes the last moments of his life," said Centanni 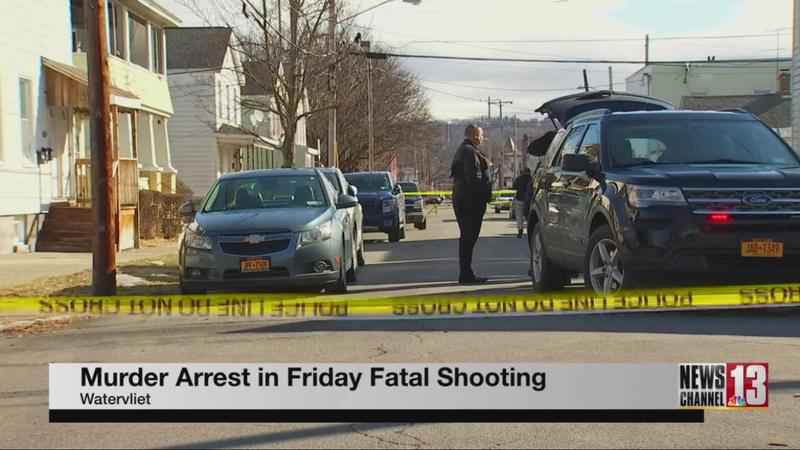 Within minutes, police say Officer Daniel Mahar spotted the suspect on 25th Street. Reginald Goodman, 48, of Troy, is now facing charges of murder and criminal possession of a weapon.

Police say he and the victim knew each other, and had met up, but they did not elaborate on what led up to the shooting.

"So for him to be able to put himself in a tactical position to be able to approach him safely, that’s an extremely hazardous call for any police officer, and they do it every day throughout this country and nobody knows about it, so I’m grateful that I’m at least able to highlight that work for them," said Centanni.

Police say the illegal gun they recovered had been stolen in South Carolina.

Goodman is in jail without bail.

Police say the victim, Shaun Koonce, asked Officer Roy to tell his children that he loves them, right before he fell unconscious.