Police in Saratoga Springs are investigating a series of fights over the weekend that left several people injured.

It all started early Saturday morning on Caroline Street, just up from Henry Street. Police found two men, a 22-year-old and a 35-year-old, had been beaten. One of them was stabbed in his abdomen. Both were treated at Albany Medical Center.

Police then responded to another incident around 2 a.m. Sunday at the corner of Caroline and Putnam streets. A 26-year-old was found with a bad cut to his hand, and a 25-year-old was stabbed.

Everyone is expected to be ok.

Police are asking anyone with information on either incident to give them a call. 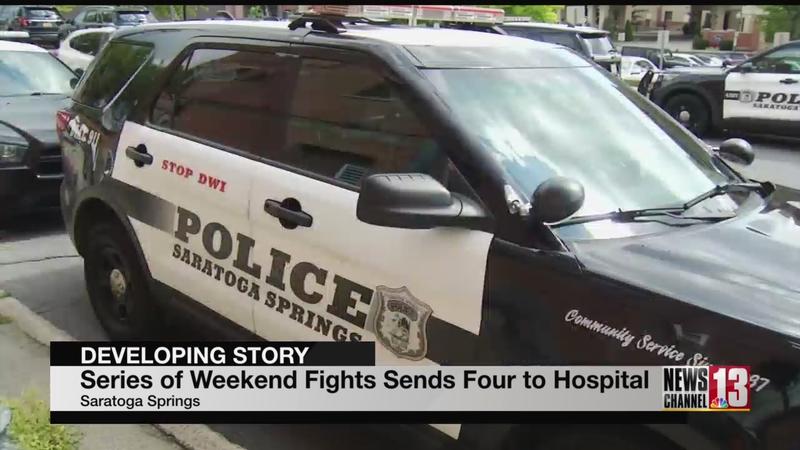