Will the Cambridge Indian be resurrected?

CAMBRIDGE – There are some people in Cambridge who believe the school’s nickname — the Indians — and the school logo –a Woodland Indian head — are offensive to Native Americans and therefore a disgrace to the small Washington County community.

On the flip side of the issue, there are those who regard the Indian nickname as an honor and tribute to Native American culture and history in the region.

Cambridge School Board Member Dillon Honyoust, whose ancestors happen to be Native American, counts himself a proponent of the controversial nickname and mascot.

"I don’t think the current logo is offensive at all," he stated. "In fact, my grandfather is the one who chose the logo 20 years ago. He was an Oneida war chief who basically lived the life of an American Indian through the thick and through the thin."

Even though the Indian nickname and logo were officially retired on July 1, Honyoust says there’s nothing that says the vote can’t be rescinded. 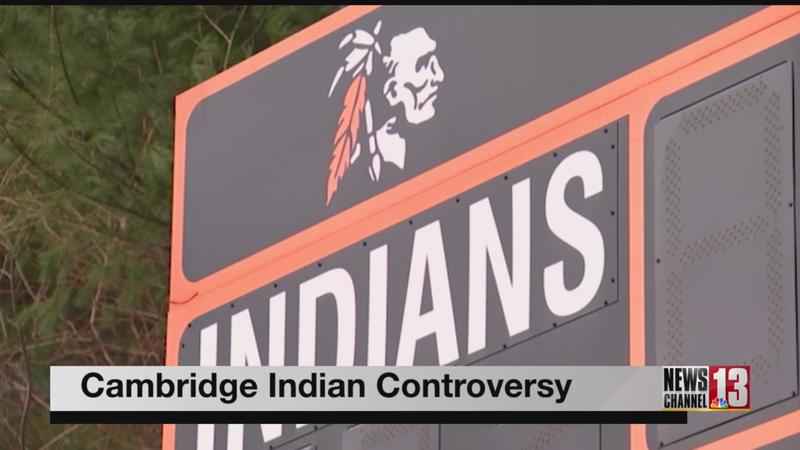 With a new board member who favors the Indian logo scheduled to be sworn in later this week, Honyoust intends to ask for a re-vote. He says it’s what his grandfather would have wanted.

"The mascot that he chose is the current one which is an Eastern Woodland head, and it was to honor those before us in this geographical area. So it was something that he was very proud of."

Something else Honyoust would like to see is a new enhanced Native American studies curriculum in the school district so that students can better immerse themselves in the history of their community.

"If it was up to me personally, I would be up for that original compromise," Honyoust stated. "which is keeping the name and starting a process to review the current logo and there would be ways to alter, change, or come up with something completely new."