She’s a champion dancer, but she hasn’t walked in almost 20 years. Lauren Arena of Wilton doesn’t let her sometimes debilitating illness or her wheelchair prevent her from reaching new heights.

Arena was a healthy, happy little girl. She loved dance, karate, and softball. However, things changed the day before her 10th birthday. That’s when she had her first seizure. It got much worse with seizure after seizure. She then became bed bound.

Through years of hospital stays, doctor visits and tests in their native New York City and all over the country, they couldn’t figure out what was causing it.

Thirteen years after the first seizure and tireless pursuit of answers by her parents, they got a call from an Australian doctor they had sent Lauren’s DNA to. 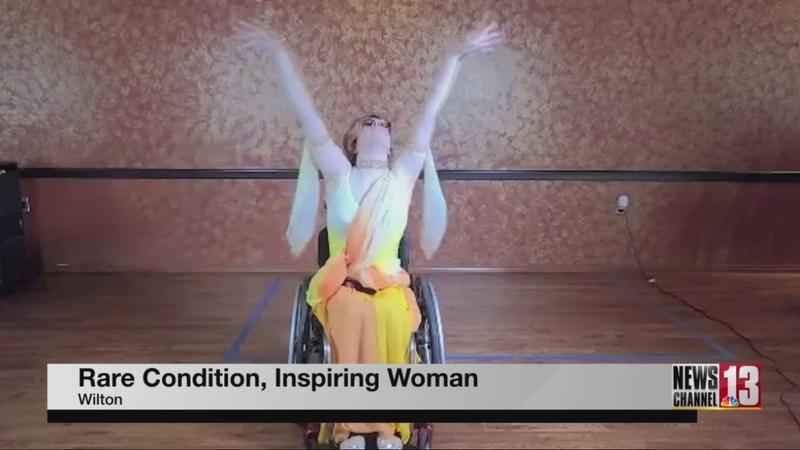 She was diagnosed with an extremely rare disease called MEAK, myoclonic epilepsy and ataxia due to potassium or K channel mutation.

It’s just one of 25 cases around the world. A pathway in Lauren’s brain doesn’t allow signals to get through.

There’s research underway at Children’s Hospital of Pennsylvania and the Arenas are raising money for it.

In the meantime, Lauren is going back to school at SUNY Adirondack, and is the reigning Miss Wheelchair New York.

She’s still doing that dancing she loved before the rare disease took it from her.

"It’s awesome. I feel a sense of freedom every time I dance," said Arena.

Learn about how she became a champion ballroom dancer, and how getting back into it changed her life, by watching the video of Mark Mulholland’s story.