There’s a push to make the Green Island Bridge safer, after a woman riding her bike was hit by car.

The woman hit by the car, Danielle Marino, is the one leading the charge to make changes to the bridge. Marino started a petition on Change.org that has over 800 signatures.

On September 30, Marino was riding her bike. She was turning from George Street onto the bridge. 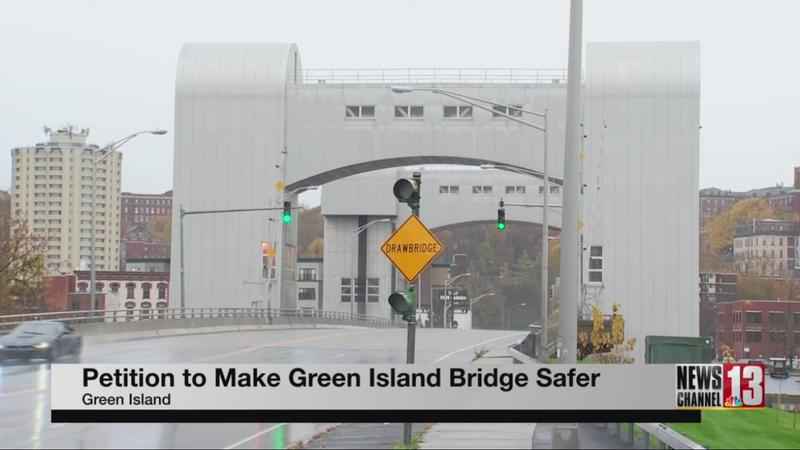 "I got rear-ended and pushed onto the ground," recalled Marino.

She is still recovering from her accident.

"So you’d have bikes going to and from, and it would be protected so that bikes…they’re not part of traffic, they’re separate," said Marino.

Troy City Council President Carmella Mantello says they are aware of the problem. She says Troy received two grants before Marino was hit. Both proposals are aimed at making the roadway safer.

Mantello says they are doing a traffic study right now to see if they can put a roundabout near the Federal Street entrance of the bridge. She says work could start on the project next year.

"Obviously, you know, it’s a gateway into the city," said Mantello. "Public safety is number one, and obviously if we can connect it to our trail, that’s being worked on along the waterfront, which is the $400,000 we received for that trail."

Green Island Mayor Ellen McNulty-Ryan declined to comment now, because she is meeting with the Department of Transportation next week. She says they are looking into the issue.