SCHENECTADY – Cecily Geraghty, 101, from Queensbury served with the British Royal Air Force during World War II. At the age of 101, she joined nine other World War II veterans for a 20-minute flight in a biplane.

Geraghty was just 21 years old when she joined the service.

"Well we went through a lot. Believe me. I was so happy to serve my country," she said.

Geraghty was one of 10 World War II vets, all in their 90s, who also jumped into the cockpit.

It’s all thanks to the organization Dream Flights, and the many companies like Sport Clips and Veterans United Home Loans who help pay for the cost. Through September, they are giving more than a thousand flights to World War II heroes across the country. 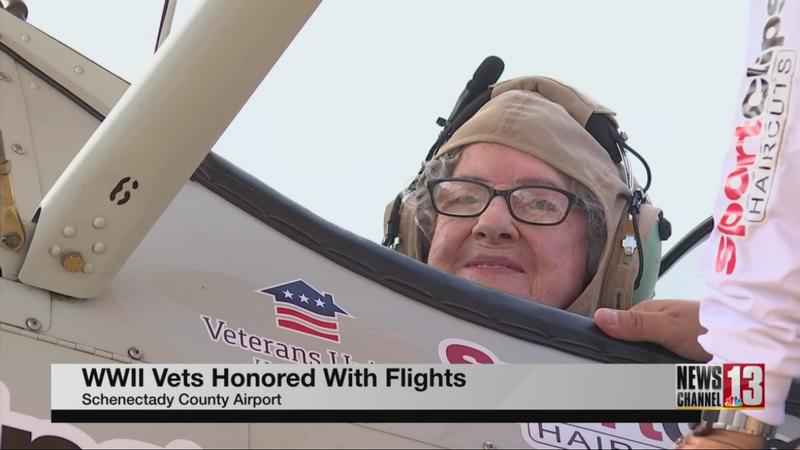 Hear why the founder of Dream Flights calls it a “time machine” by watching the video of Sam Hesler’s story.