PICK SIX: Key transfers to watch, and not just at QB

By STEVE MEGARGEE The Associated Press 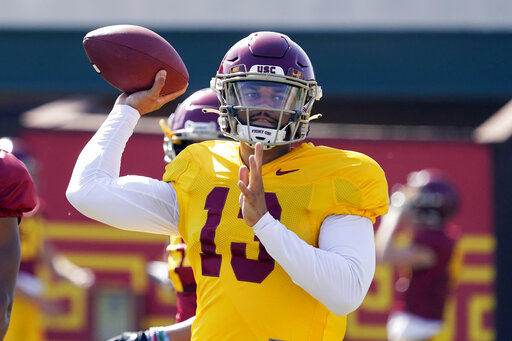 Rather than adapting to a new coach and an entirely new system, Williams followed Lincoln Riley from Oklahoma to USC. So he’s playing for the same coach, albeit at a different school.

Williams believes that should help him build off the momentum he established last year, when he took over as the Sooners’ starting quarterback midway through the season and threw for the most yards and touchdowns of any true freshman in school history.

“I didn’t want to feel like a freshman again, having to go to a new place and learn a whole new offense,” Williams said. “I for sure didn’t want to go to a new school and be in that position and kind of feel how I felt last year. I wanted to keep progressing and really feel more free, be (with) Coach Riley Part 2 out there and enjoy playing more because I know more.”

Williams’ status as a quarterback transfer isn’t unusual at all, even if his circumstances are rare. The NCAA rule changes allowing players to transfer without sitting out a full season have led to dramatic changes at the game’s most important position. 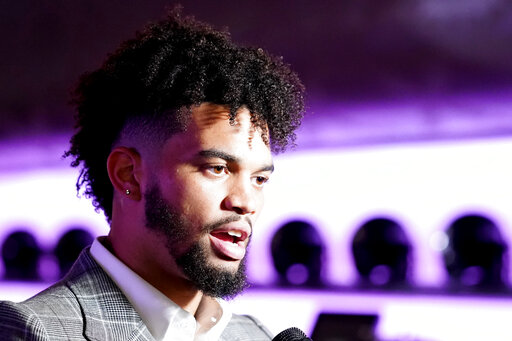 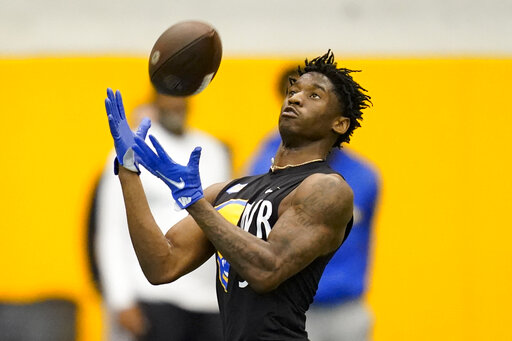 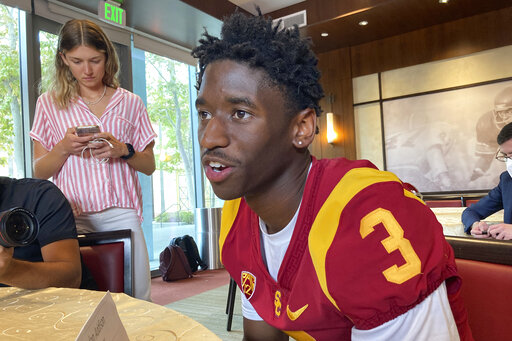 The top two quarterbacks in the 2021 class according to composite rankings of recruiting sites compiled by 247Sports already have left the schools that initially signed them. Williams was ranked second. The top-ranked quarterback was Quinn Ewers, who transferred from Ohio State to Texas.

Ewers committed to Texas out of high school but changed his mind and enrolled at Ohio State. Ewers made just one appearance for the Buckeyes last season before heading home.

But there also are plenty of transfers at other positions who should have big seasons at their new schools. Here’s a look at six potential impact transfers aside from Williams and Ewers. Former schools are in parentheses.

Addison was the 2021 winner of the Fred Biletnikoff Award given annually to college football’s top receiver. He tied for the FBS lead with 17 touchdown catches and had a school-record 100 receptions for 1,593 yards while helping Pittsburgh win the Atlantic Coast Conference title. With former Pitt quarterback Kenny Pickett heading to the NFL’s Pittsburgh Steelers and offensive coordinator Mark Whipple taking the same position at Nebraska, Addison headed west to catch passes from Williams.

Gabriel threw 32 touchdown passes and ranked second among all FBS players with 373.9 yards of total offense per game for UCF in 2020, but he played just three games last year before a broken clavicle knocked him out for the remainder of the season. Gabriel now takes over at Oklahoma, which has playing time available at quarterback now that Williams is at USC and Spencer Rattler has headed to South Carolina.

Gibbs gained 5.2 yards per carry each of his two seasons at Georgia Tech and had a combined 1,206 yards rushing and 773 yards receiving during that stretch. He now figures to have a featured role for Alabama, which had two running backs selected in the first round (Josh Jacobs and Najee Harris) and two more taken in the third round (Damien Harris and Brian Robinson Jr.) over the last four drafts.

Joseph had six interceptions in 2020 and three more last season. He also had 79 tackles last year. He was an Associated Press All-America first-team selection in 2020 while helping Northwestern reach the Big Ten championship game. Joseph’s arrival should fortify a Notre Dame secondary that must replace safety Kyle Hamilton, the Baltimore Ravens’ first-round pick.

Oluwatimi began his college career at Air Force and then made 32 starts at Virginia over the last three seasons. He played 910 snaps last season – the most of any ACC center – and was one of three finalists last year for the Rimington Trophy that goes annually to college football’s top center. He now heads to Michigan, which won the Joe Moore Award last season for having college football’s top offensive line.

The Seminoles would love Verse to make the same kind of impact as Jermaine Johnson, another transfer defensive lineman who came over from Georgia and performed well enough his lone year at Florida State to get selected by the New York Jets with the 26th overall pick. Verse had 14 ½ sacks and 21 ½ tackle for loss in 15 games at Albany before moving up to the Football Bowl Subdivision level. Another transfer pass rusher to watch is Nebraska’s Ochaun Mathis, a second-team all-Big 12 pick each of the last two seasons at TCU.