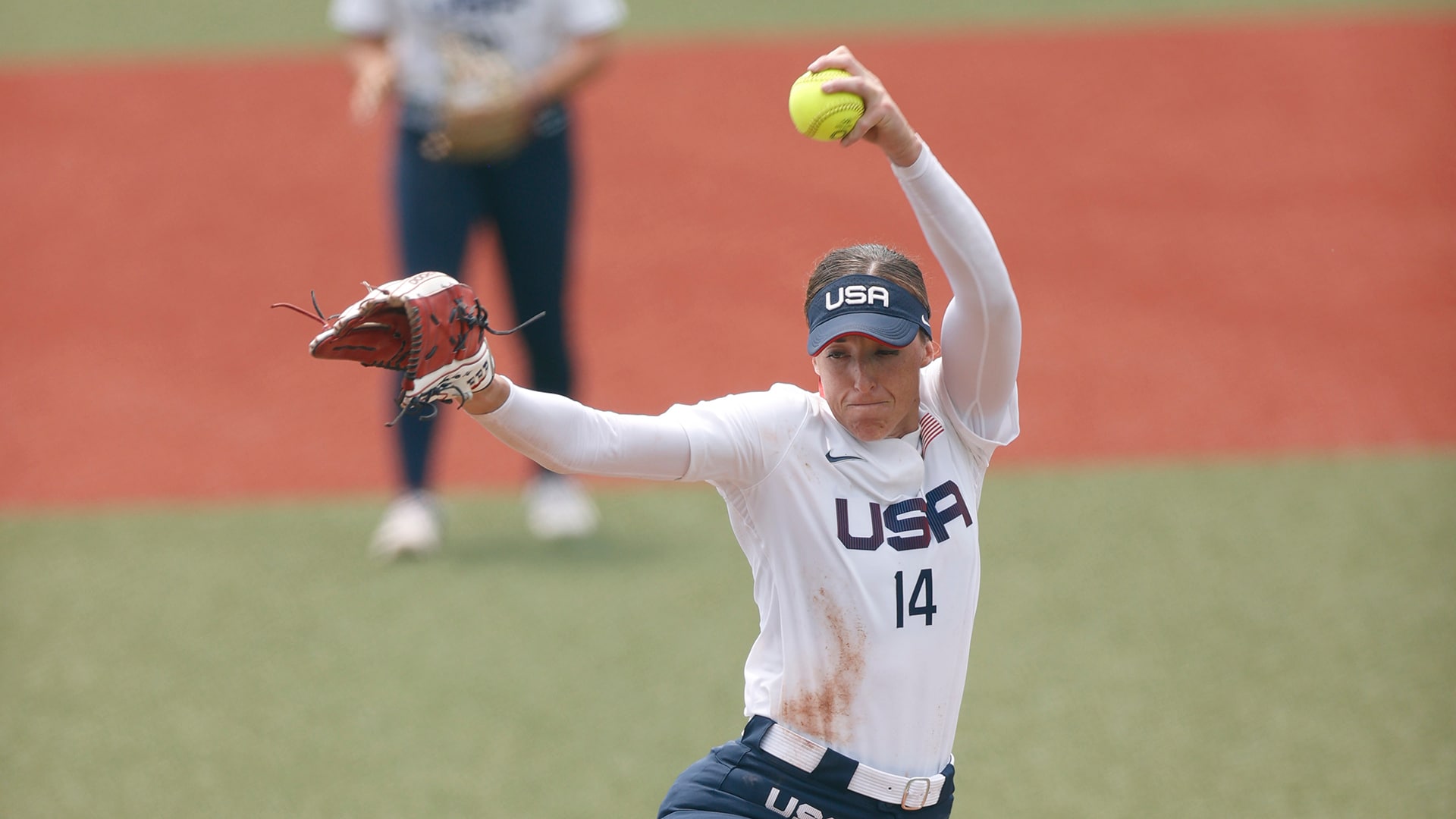 Each day of the Tokyo Games, NBC Olympics will provide a roundup of news from a variety of sports. Catch up here on all the storylines and must-see highlights you may have missed while you were sleeping, and then read the Day 0 Preview for a look at what to watch tonight and tomorrow morning when competition resumes.

Another day, another turn-back-the-clock performance from a United States softball legend. After Cat Osterman led Team USA to victory on Wednesday, it was the country's other ace pitcher, Monica Abbott, doing the same on Thursday. Even though 13 years have passed since they last took the field for an Olympic softball game, both players have proven that they still have the skills to dominate.

Meanwhile, a busy day of men's soccer featured a 4-2 Brazilian victory over Germany in a rematch of the 2016 gold medal game, and Simone Biles gave U.S. fans a reason to get excited during a training session.

Here's what happened on the second day of competition at the Tokyo Games.

The tournament favorites, the United States and Japan, both moved to 2-0 and remain unbeaten in round-robin play with wins on Thursday, but it didn't come easy for either team.

For the second day in a row, the U.S. relied on veteran pitching to overcome offensive struggles. The Americans managed seven hits but turned those into just one run as they left nine runners on base throughout the game. Their lone run came from a fifth-inning Amanda Chidester single that drove in Haylie McCleney with two outs. That run was all that was needed though, thanks to a pitching gem from Monica Abbott. The 2008 Olympian carried a no-hitter into the sixth inning before Canada's Sara Groenewegen hit a double to right field to end the bid. Abbott survived the inning and then came back in the seventh to close out a one-hit, nine-strikeout performance and give Team USA the 1-0 win.

As for Japan, they took a 2-1 lead into the seventh, and potentially final, inning before Mexico drove in the tying run to put them on upset alert. Japan was forced to make a pitching change, removing veteran ace Ueno Yukiko from the game and inserting Goto Miu in her place. Goto was able to get out of a jam with no outs and two runners on, and the game ultimately went into extra innings. In the bottom of the eighth, Japan's offense delivered the winning run for a 3-2 victory.

All six teams will enjoy a day off for the Opening Ceremony tomorrow before competition resumes on Saturday.

Brazil raced past Germany with a 4-2 victory in a rematch of the 2016 gold medal game.

Richarlison hit the ground running with a goal at the seventh minute. The Everton player struck again at 22 minutes and again 7 minutes after that to complete a hat trick in his first career Olympic match. Goals from Nadiem Amiri and Ragnar Ache weren't enough for Germany, especially after a final Brazilian shot from Paulinho in stoppage time.

On Sunday, July 25 (4:30 a.m. ET), Brazil will meet Cote d'Ivoire, which took a 2-1 win over a Saudi Arabian team making its first Olympic appearance in the men's soccer tournament since 1996.

Earlier, Mexico opened its Olympic campaign with an enthusiastic four goals against France's one. Alexis Vega was the first to strike, followed by Sebastian Cordova, Uriel Antuna and an Eduardo Aguirre goal in stoppage time.

It's an open question whether Biles will complete her new vault skill, the Yurchenko double pike, in competition at the Olympics. Just last week, her coach Laurent Landi suggested that it may not happen.

"If she really wants to do it, she's going to have to beg me," Landi told On Her Turf. "People seem to forget that it's a very, very dangerous skill... Just to have glory and being [in] the Code of Points, it's not enough."

But if podium training is any indication, it may be in Biles' plans after all. While training on vault, she successfully executed the Yurchenko double pike, as seen below.

Latest COVID spike in NY not hospitalizing as many people

Another COVID case traced back to Clifton Park day camp

Latest COVID spike in NY not hospitalizing as many people

Another COVID case traced back to Clifton Park day camp