Amtrak has resumed service west of Albany. It was suspended on Friday due to a structural problem at the old Central Warehouse.

Albany Mayor Kathy Sheehan says contractors have removed loose concrete from the southern side of the building next to train track.

“Today, contractors have completed the removal of loose concrete from the southern facade of the building adjacent to the rail line. Yesterday, they completed the removal of the smokestack. They will now begin the work of reinforcing portions of the southern wall to the internal structure. These actions have abated the threat to public safety and allowed Amtrak to restart train service across the Livingston Avenue rail bridge,” Sheehan said in a statement.

The mayor said on Friday that concrete had been falling from the wall. She declared a state of emergency on Friday.

The city notified Amtrak, which suspended the service as a precaution. The city was concerned because the southern wall of the building is adjacent to the tracks.

Locations north and west of Albany were most affected. Alternative bus transportation was provided on the Lake Shore Limited, Maple Leaf and Ethan Allen Express. 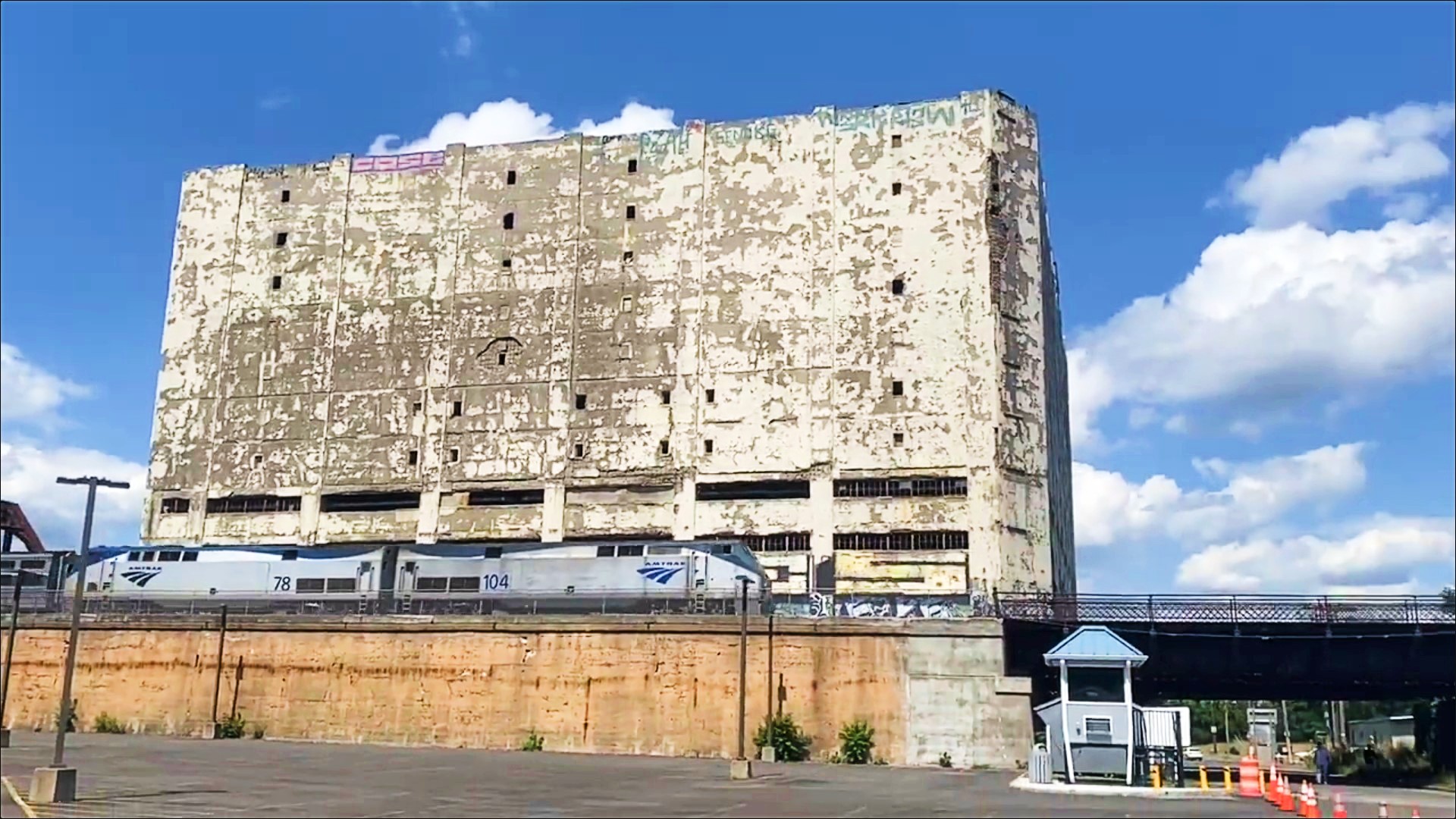 FILE - An Amtrak train passes the Central Warehouse in Albany on Aug. 1, 2022.

The city cited the building for code violations months ago. There has been additional deterioration since then.

Sheehan says Evan Blum, the owner of the building, isn’t taking care of the property. Blum disagrees with the mayor. He says he is being a responsible owner.