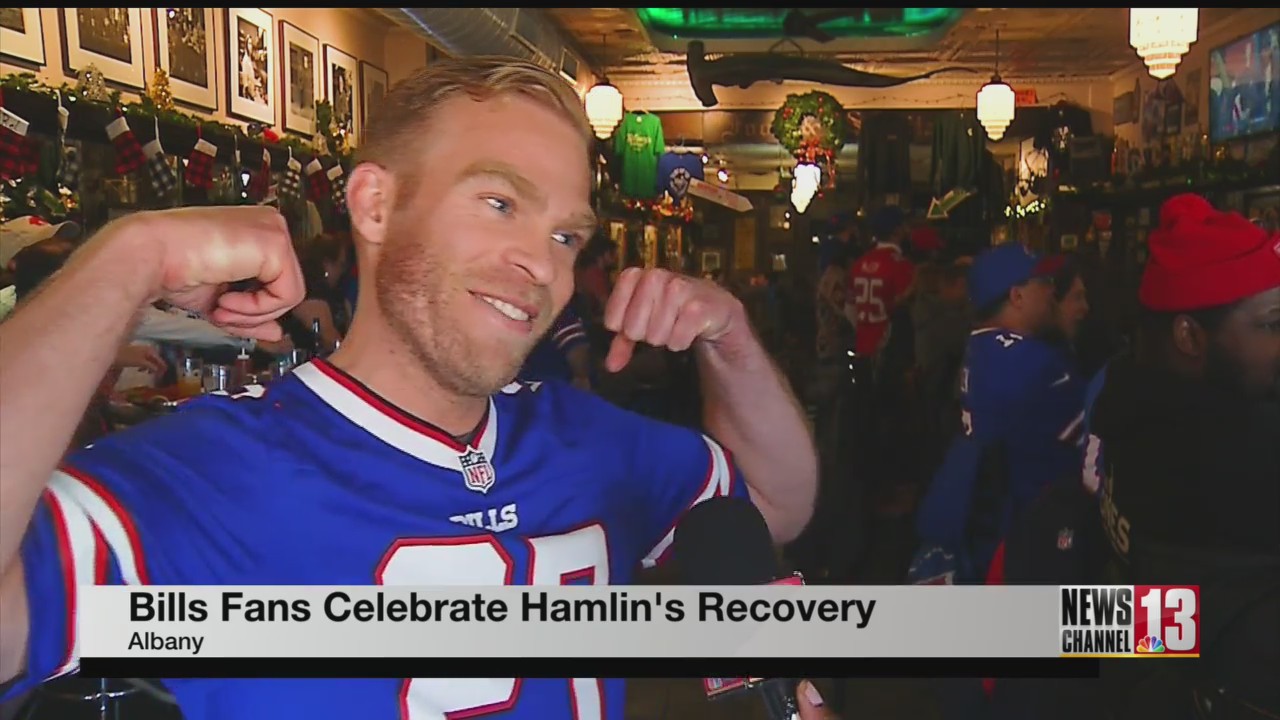 In their first game since Damar Hamlin’s life-threatening injury, the Buffalo Bills pulled off a tremendous win against the New England Patriots.

After the win the team tweeted “For Damar,” and fans here in Albany celebrated the Bills win at McGeary’s Pub. The bar was full of Buffalo Bills Fans, and they cheered not just for the team, but also Hamlin’s recovery.

It’s been six days since Hamlin’s cardiac arrest on the field and although, he’s still in the ICU doctors said he’s making significant progress.

From his hospital bed, Hamlin fired off a series of tweets supporting his team throughout the game, and the team reciprocated that love with hashtags, like “Love for Damar,” and “Prayers for Damar.” Fans showed their support by waving Hamlin’s jersey number “3” around. “You kind of look at football in a whole different light now. It’s not just about the game, it’s about this whole bigger community,” said Powers.

Other fans, like Markel Vega agree. Hamlin’s injury struck a nerve with the Bills Mafia and brought them all together. “It really just shows me the resilience that our Bills have,” said Vega.

Today’s win guarantees the Bills a number 2 seed in the AFC.

Although Hamlin has made significant progress, prayers are still up for the second year safety.