Hochul to lay out 2023 agenda on Tuesday

ALBANY – Gov. Kathy Hochul was picking up the pieces of a state government that had been battered by the COVID-19 pandemic and a disgraced predecessor.

Proclaiming she didn’t become governor to make history but rather to make a difference, Hochul’s main focus is expected to be public safety and affordable living.

Those happen to be issues Republicans accuse Democrats of ignoring.

“When you talk about a safer New York, people are not going to stay, businesses are not going to invest in places that they do not feel safe,” said Senator Rob Ortt (R – Minority Leader) during a Monday afternoon news conference at the Capitol.

GOP lawmakers were rallying, laying out an agenda they refer to as a “rescue mission” for the state. 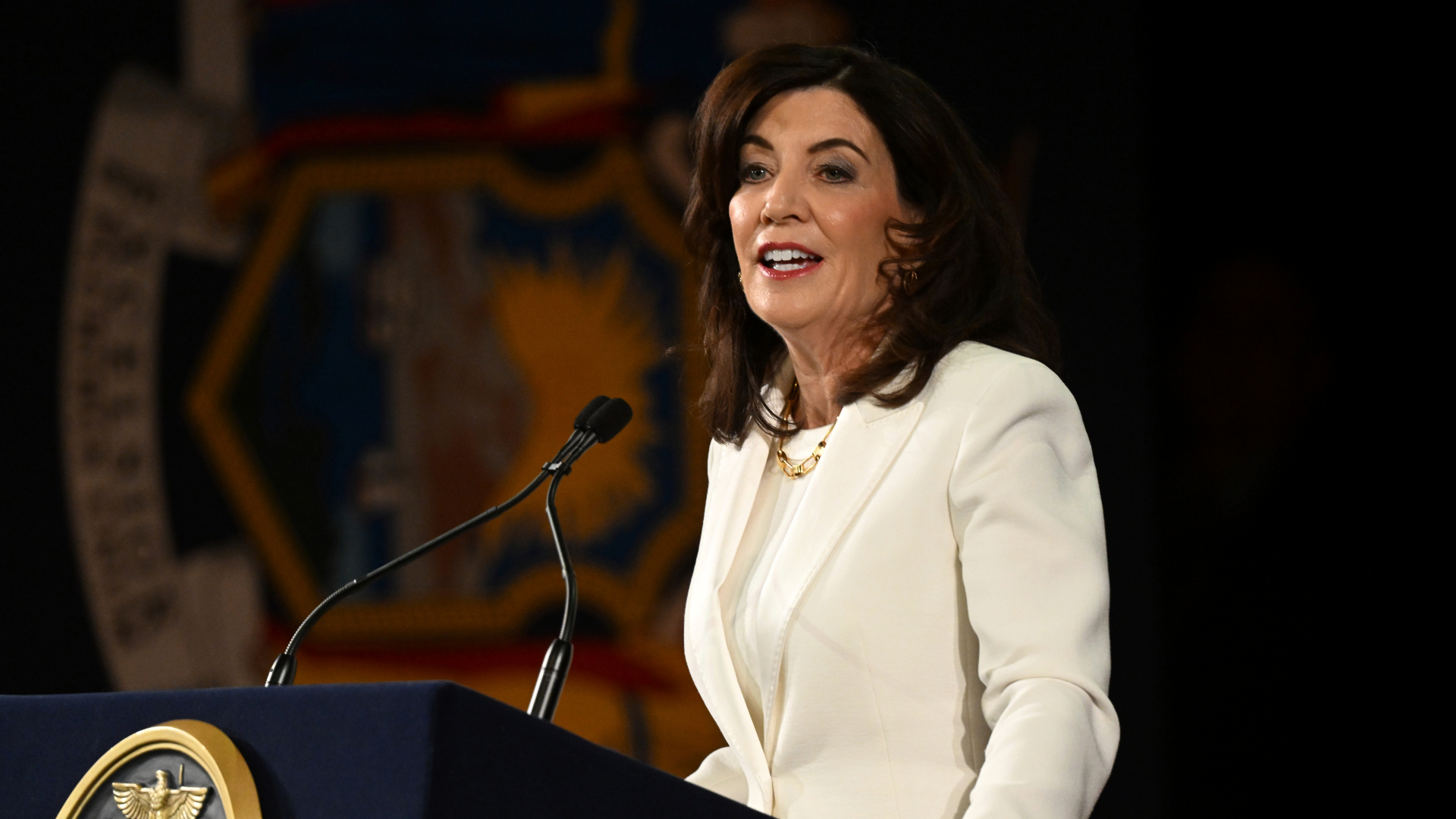 As the governor kicks off the first full week of the legislative session, Senate Democrats intend to continue their own opening day tradition of passing a package of election reform legislation.

“I’m proud of the tradition that we’ve started in the Senate majority to have our first day of session improve our democratic process and pay homage to the voters that actually sent up here,” said Sen. Andrea Stewart-Cousins (D – Majority Leader).

Hochul will also contend with other complex issues including housing, mental health and workforce shortages – particularly in the healthcare industry.

Lawmakers will be navigating the session that ends June 8 now as the highest paid legislature in the country.

“The recent increase in salaries increases our budget by $6.8 million, and it was done without hesitation,” said Sen. Patricia Canzoneri-Fitzpatrick (R – Long Island). “That policy, that attitude, must change.”

Gov. Hochul’s State of the State Address is scheduled for 1:00 p.m. Tuesday.