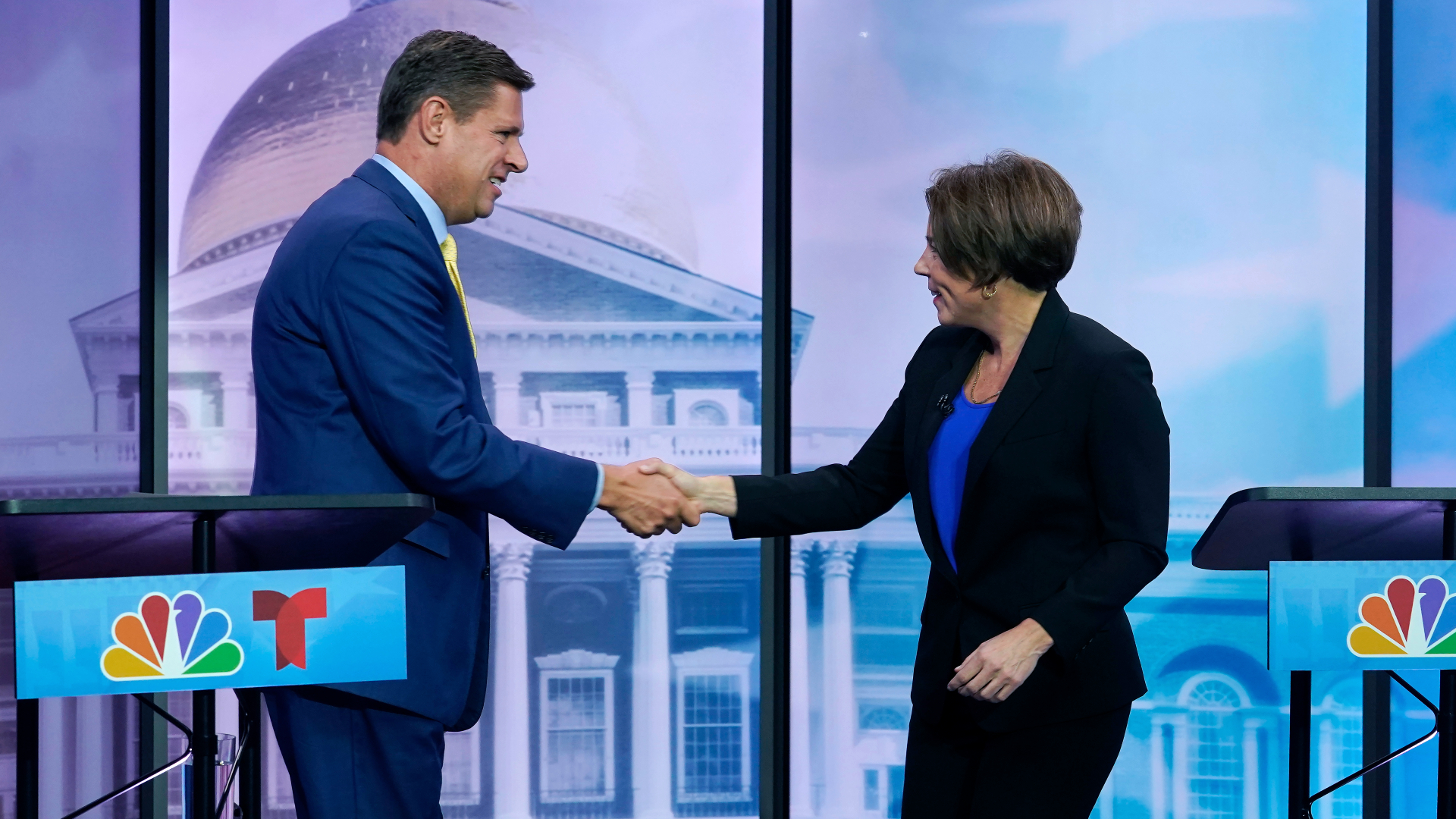 BOSTON (AP) — Democratic Attorney General Maura Healey and pro-Trump Republican Geoff Diehl clashed on everything from energy and education to abortion and whether those in the country illegally should have access to drivers license in Massachusetts during their first debate for governor Wednesday.

Both candidates are working to shore up their party’s base while reaching out to independent voters, who make up the bulk of the electorate in Massachusetts ahead of the Nov. 8 election.

One point of contention centered on the future of education in Massachusetts.

Diehl said parents are upset about some public school curriculum and want more school choice options. Diehl said his daughter was required to watch a video and acknowledge she has the advantage on the playing field and in the classrrom because she is white.

“I want to give parents that choice to be able to send their children where they think they should go and not get indoctrinated in our schools,” he said.

Healey said every child “regardless of their race, their ethnicity, their zip code should have access to a high quality education.”

She said Diehl would limit student access to books.

“He wants to ban books. He wants to require that any time a child wants to go into a public library they have to get a permission slip,” she said. “That’s not the direction we need to go.”

On the push for renewable energy, Healey said she would have signed the same legislation Republican Gov. Charlie Baker signed earlier this year intended to bring the state closer to its goal of net-zero greenhouse gas emissions by 2050.

Diehl said Healey and other Democrats are painting a too-rosy picture of the ability of the state to replace fossil fuels with renewable sources of energy like solar and wind. He declined to say if he would have signed the bill.

“If the goal is to be completely carbon free by 2050, I’m not not sure that’s possible. If we can, great, but let the free market decide that,” he said.

Another difference between the two came on the issue of abortion.

Healey said she would actively work to protect access to abortion, Diehl who hailed the Supreme Court ruling overturning Roe v. Wade, said as governor his job would be “to protect people’s health care choices.” He said that sometimes that might require putting his personal views to one side.

The two also split on whether the state should repeal a new state law that gives those in the country illegally the ability to obtain drivers licenses.

Healey said the new law makes sense from a public safety standpoint because it allows the state to better identify who’s behind the wheel, ensures they properly understand the rules of the road and are insured in case of an accident.

Diehl is leading an effort to repeal the law at the ballot box saying in part that it opens the door to drivers using the licenses to illegally register to vote.

Another figure hovering over the debate was Trump.

Healey repeatedly tried to tie Diehl to the former president, saying he would “bring Trumpism to Massachusetts.”

Diehl in turn tried to steer the debate away from the former president and said that unlike some Trump supporters, he believes President Joe Biden won the election.

“Obviously Joe Biden won the election. Just look at how bad the economy is,” he said.

Diehl served as co-chair for former President Donald Trump’s presidential campaign in Massachusetts and won his endorsement for governor in a state the roundly rejected Trump in 2016 and 2020.