The trooper was assigned to the unit in charge of protecting the governor’s family, the Protective Services Unit, and admitted in 2020 to having two-month-long a romantic relationship with the then-governor’s daughter.

The inspector general report out Friday says state police didn’t keep audio files or records of any interviews they conducted related to the case.

The report calls out State Police Superintendent Kevin Bruen. The IG finds he was ultimately responsible for disciplining Pfeiffer. Instead, the trooper was told he could elect to transfer to another post several hours away, which he did.

The report says Pfeiffer should have been disciplined, because the IG claims the romantic relationship would have violated multiple state police rules—saying police should “prohibit these relationships.” 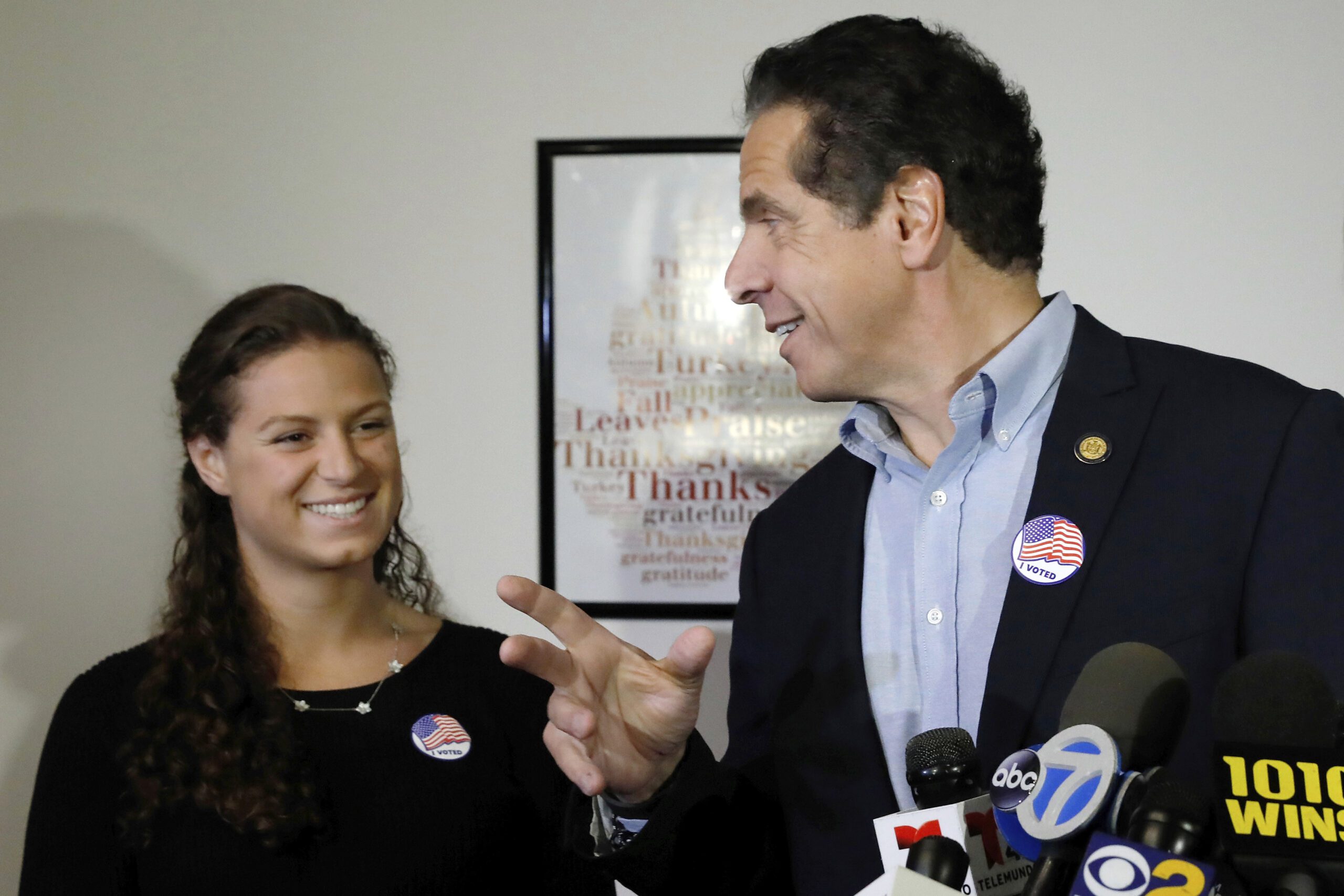 FILE - New York Gov. Andrew Cuomo refers to his daughter, Cara Kennedy-Cuomo, left, as he comments after voting at the Presbyterian Church of Mount Kisco, in Mt. Kisco, N.Y., on Nov. 6, 2018. A New York state trooper romantically involved with one of then-Gov. Andrew Cuomo's daughters while he served on the governor's security detail should have been disciplined, according to an inspector general's report, released Friday, Aug. 19, 2022. The report is critical of how state police handled the matter. (AP Photo/Richard Drew, File)

But the New York State Troopers’ Police Benevolent Association says it is shocked and appalled by the new report.

A statement from President Thomas H. Mungeer says in part, “Our trooper is being used as a political pawn for a power grab by the inspector general to assert her undue influence on the New York State Police. I stand by the decisions made by Superintendent Kevin Bruen and have full faith in his leadership of the State Police.”

The PBA goes on to accuse the IG of “throwing spaghetti at the wall […] to buttress their predetermined results of their investigation,” saying the relationship was “personal in nature and had nothing to do with his duties or responsibilities.”

The IG says state police decided to discipline Pfieffer’s superior in the incident, but he chose to retire. The office cites the fact that he would receive discipline, but not Pfeiffer, as a major flaw in the police’s investigation and subsequent decisions.