The suspect in last month’s stabbing at Hudson Valley Community College was arraigned in Rensselaer County Court on Tuesday.

Zymeir Walton, 20, faces several charges – including attempted murder, assault, robbery, and weapons possession. He was previously arraigned in Troy City Court, before the case was moved to the county.

The victim was a 19-year-old woman Walton had been in a relationship with, say investigators. She and Walton are both students at the school.

Walton is accused of following the victim to her car, entering the car, and stabbing her multiple times. He then pushed her out of the car and drive off, says Rensselaer County District Attorney Mary Pat Donnelly.

Walton claims he acted in self-defense. His attorney says his client was attacked first, and that Walton was an honor roll student with no prior criminal history. 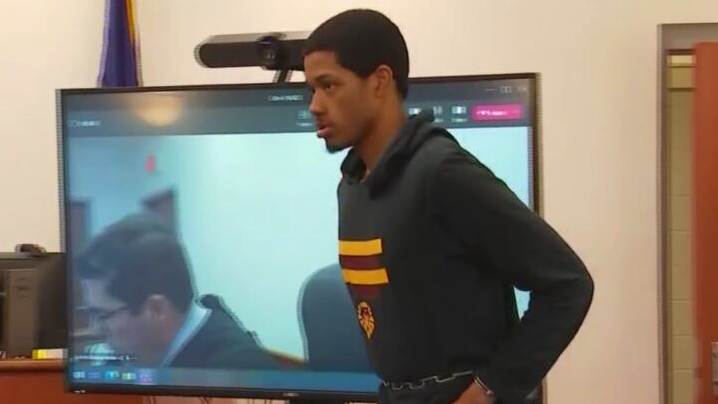 Zymeir Walton is seen in a prior court appearance. (File / WNYT)

Donnelly said this was a targeted incident and does not pose a threat to other students on campus.