Arrest in case of Dennis Eckersley’s grandson born in woods

By KATHY McCORMACK The Associated Press 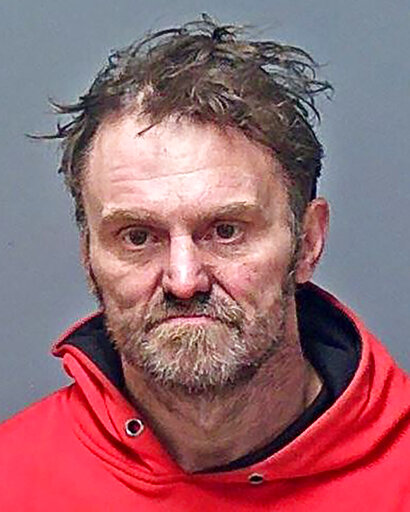 This booking photo provided by the Manchester Police Department shows George Theberge, who faces criminal charges in connection with endangering the welfare of a child, in Manchester, N.H. Theberge was arrested and charged with tampering with witnesses, reckless conduct and endangering the welfare of a child in connection with the Dec. 26, 2022, birth of a child by Alexandra Eckersley, police in Manchester said. (Manchester Police Department via AP)[ASSOCIATED PRESS]

CONCORD, N.H. (AP) — A second arrest has been made in the case of the daughter of MLB Hall of Fame pitcher Dennis Eckersley who gave birth in the woods in New Hampshire in subfreezing temperatures, authorities said Wednesday.

George Theberge was arrested and charged with tampering with witnesses, reckless conduct and endangering the welfare of a child in connection with the Dec. 26 birth, police in the city of Manchester said.

In a police affidavit, the daughter Alexandra Eckersley, 26, referred to Theberge as her boyfriend. Other records in the case have been sealed. It was not immediately known if he has a lawyer.

The baby boy was left alone in a tent for more than an hour before officers found him, authorities say. The mother was accused of abandoning her son without heat or proper clothing. She pleaded not guilty Dec. 27 to charges of assault, reckless conduct, and other counts, and was released on bail on condition that she can’t have contact with her son. 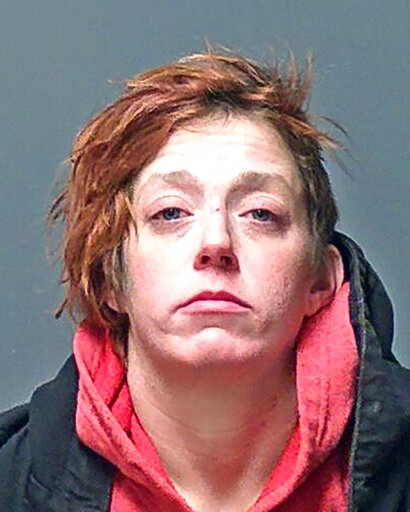 This booking photo provided by the Manchester Police Department shows Alexandra Eckersley, who faces criminal charges after police say she initially misled officers about the location of a newborn after giving birth to the child in the woods, Dec. 26, 2022, in Manchester, N.H. Eckersley pleaded not guilty on Dec. 27, 2022, to charges of assault, reckless conduct, and other counts, and was released on bail on condition that she can't have contact with her son. (Manchester Police Department via AP)

“She’s recovering from this ordeal,” Kossick said. “She’s a young woman who didn’t know she was pregnant. She gave birth alone, in the woods. She did the only thing she could do, and she called 911.”

Kossick said Eckersley did lead the police to the baby. “In my opinion, she did save the baby’s life,” she said.

She added, “The idea this woman alone had this child and the first instinct was to arrest her, I think, just tells you a lot about what you need to know about our society. She was taken to the police station and interrogated before she was taken to the hospital, in her bloody clothes, still bleeding from the birth.”

She is the daughter of Dennis Eckersley, who was drafted by Cleveland as a California high schooler in 1972, went on to pitch 24 seasons as both a 20-win starter and a 50-save reliever for Cleveland, Boston, the Cubs, Oakland and the Cardinals. He won the AL Cy Young and MVP awards in 1992 while playing for the Oakland Athletics. Eckersley retired last year from broadcasting Boston Red Sox games.

The Eckersley family released a statement last month saying they had no prior knowledge of the pregnancy and were in complete shock. They were seeking guardianship of the boy.

The statement went on to say that Alexandra Eckersley, whom they referred to as “Allie,” has suffered from “severe mental illness her entire life” and that the family did their very best to get her help and support.