By JIM MUSTIAN and JOSHUA GOODMAN The Associated Press 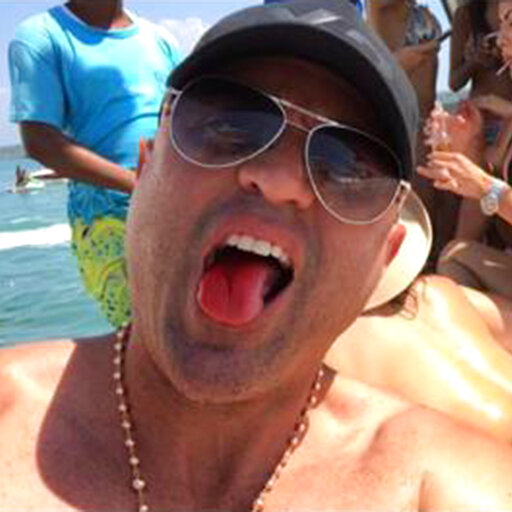 This photo obtained by The Associated Press shows Jose Irizarry in Cartagena, Colombia, in 2017. Irizarry accepts he’s the most corrupt agent in U.S. Drug Enforcement Administration history, admitting he conspired with Colombian cartels to build a lavish lifestyle. But he says he won't take the rap alone, accusing long-trusted DEA colleagues of joining him in skimming millions from money laundering stings to fund a decade’s worth of high living. (AP Photo)[ASSOCIATED PRESS]

SAN JUAN, Puerto Rico (AP) — José Irizarry accepts that he’s known as the most corrupt agent in U.S. Drug Enforcement Administration history, admitting he “became another man” in conspiring with Colombian cartels to build a lavish lifestyle of expensive sports cars, Tiffany jewels and paramours around the world.

But as he used his final hours of freedom to tell his story to The Associated Press, Irizarry says he won’t go down for this alone, accusing some long-trusted DEA colleagues of joining him in skimming millions of dollars from drug money laundering stings to fund a decade’s worth of luxury overseas travel, fine dining, top seats at sporting events and frat house-style debauchery.

The way Irizarry tells it, dozens of other federal agents, prosecutors, informants and in some cases cartel smugglers themselves were all in on the three-continent joyride known as “Team America” that chose cities for money laundering pick-ups mostly for party purposes or to coincide with Real Madrid soccer or Rafael Nadal tennis matches. That included stops along the way in VIP rooms of Caribbean strip joints, Amsterdam’s red-light district and aboard a Colombian yacht that launched with plenty of booze and more than a dozen prostitutes.

“We had free access to do whatever we wanted,” the 48-year-old Irizarry told the AP in a series of interviews before beginning a 12-year federal prison sentence. “We would generate money pick-ups in places we wanted to go. And once we got there it was about drinking and girls.”

All this revelry was rooted, Irizarry said, in a crushing realization among DEA agents around the world that there’s nothing they can do to make a dent in the drug war anyway. Only nominal concern was given to actually building cases or stemming a record flow of illegal cocaine and opioids into the United States that has driven more than 100,000 drug overdose deaths a year.

“You can’t win an unwinnable war,” he said. “The drug war is a game. … It was a very fun game that we were playing.”

Irizarry’s story, which some former colleagues have attacked as a fictionalized attempt to reduce his sentence, came in days of contrite, bitter, sometimes tearful interviews with the AP in the historic quarter of his native San Juan. It was much the same account he gave the FBI in lengthy debriefings and sealed court papers obtained by the AP after he pleaded guilty in 2020 to 19 corruption counts.

But after years of portraying Irizarry as a rogue agent who acted alone, U.S. Justice Department investigators have in recent months begun closely following his confessional roadmap, questioning as many as two-dozen current and former DEA agents and prosecutors accused of turning a blind eye to his flagrant abuses and sometimes joining in.

The once-standout agent has accused some former colleagues in the DEA’s Miami-based Group 4 of lining their pockets and falsifying records to replenish a slush fund used for foreign jaunts over the better part of a decade, until his resignation in 2018.

“The indictment paints a picture of me, the corrupt agent that did this entire scheme. But it doesn’t talk about the rest of DEA. I wasn’t the mastermind,” Irizarry said.

The Justice Department declined to comment. A DEA spokesperson said: “José Irizarry is a criminal who violated his oath as a federal law enforcement officer and violated the trust of the American people.”

AP was able to corroborate some, but not all, of Irizarry’s accusations through thousands of confidential law enforcement records and dozens of interviews with those familiar with his claims and the ongoing criminal investigation.

The probe is focused in part on George Zoumberos, one of Irizarry’s former partners who traveled overseas extensively for money laundering investigations. Irizarry told AP that Zoumberos enjoyed unfettered access to so-called commission funds and improperly tapped that money for personal purchases and unwarranted trips.

Authorities are so focused on Zoumberos that they also subpoenaed his brother, a Florida wedding photographer who traveled with DEA agents, and even granted him immunity to induce his cooperation. But Michael Zoumberos also refused to testify and has been jailed outside Tampa since March for “civil contempt” — an exceedingly rare pressure tactic that underscores the rising temperature of the investigation.

Some current and former DEA agents say Irizarry’s claims are overblown or flat-out fabrications. The lawyer for the Zoumberos brothers says prosecutors are on a “fishing expedition” to bring more indictments because of the embarrassment of the Irizarry scandal.

“They’re looking to find a crime to fit this case as opposed to a crime that actually took place,” said attorney Raymond Mansolillo.

Irizarry parlayed his knowledge of the black-market peso exchange into a life of luxury that prosecutors say was bankrolled by $9 million he and his Colombian co-conspirators diverted from money laundering investigations.

Irizarry’s spending habits quickly began to mimic the ostentatious tastes of the narcos he was tasked with targeting, with spoils including a $30,000 Tiffany diamond ring for his wife, luxury sports cars and a $767,000 home in the Colombian resort city of Cartagena.

Since his arrest, Irizarry has written a self-published book titled “Getting Back on Track,” part of his attempt to own up to his mistakes, and his wife has told him she is seeking a divorce.

Adding to Irizarry’s despair is that he is still the only one to pay such a heavy price for a pattern of misconduct that he says the DEA allowed to fester. To date, prosecutors have yet to charge any other agents, and several former colleagues have quietly retired rather than endure the disgrace of possibly being fired.

“I’ve told them everything I know,” Irizarry said. “All they have to do is dig.”